The new and simplified personal income tax regime wherein income tax rates will be significantly reduced for the individual taxpayers who forgo certain deductions and exemptions. 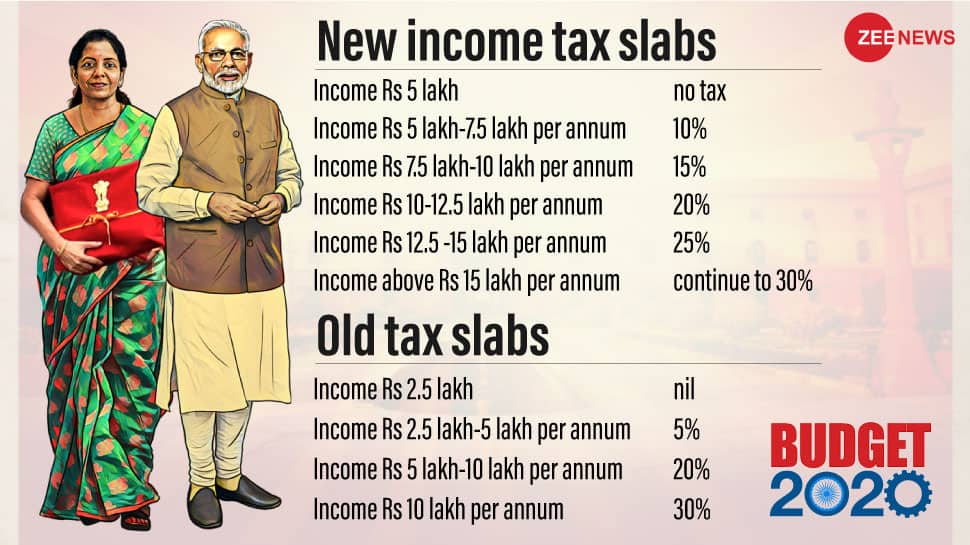 The new and simplified personal income tax regime wherein income tax rates will be significantly reduced for the individual taxpayers who forgo certain deductions and exemptions.

Sitharaman said, “The new tax regime shall be optional for the taxpayers,” adding that an individual who is currently availing more deductions and exemptions under the Income Tax Act may choose to avail them and continue to pay tax in the old regime.

In the new tax regime, the substantial tax benefit will accrue to a taxpayer depending upon exemptions and deductions claimed by him. For example, a person earning Rs 15 lakh in a year and not availing any deductions etc. will pay only Rs 1,95,000 as compared to Rs 2,73,000 in the old regime. Thus his tax burden will be reduced by 78,000 in the new regime.

The taxpayer would be a gainer in the new regime even if he was taking a deduction of Rs 1.5 lakh under various sections of Chapter VI –A of the Income Tax Act under the old regime.

The new tax regime will be optional for the taxpayers.

The option will become invalid for a previous year or previous years as the case may be if the individual or HUF fails to satisfy the conditions and other provisions of the Act shall apply.

The new personal income tax rates will entail estimated revenue forgone of Rs 40,000 crore per year, according to Sitharaman, adding “We have also initiated measures to prefill the income tax return so that an individual who opts for the new regime would need no assistance from an expert to file his return and pay income tax.” The Finance Minister said that in order to simplify the income tax system, she has reviewed all the exemptions and deductions incorporated over the past several decades.”

Income tax rates and slabs cut with riders in Budget 2020