Modi released Rs 1, Rs 2, Rs 5, Rs 10 and Rs 20 in various denominations of coins released as part of the new series. 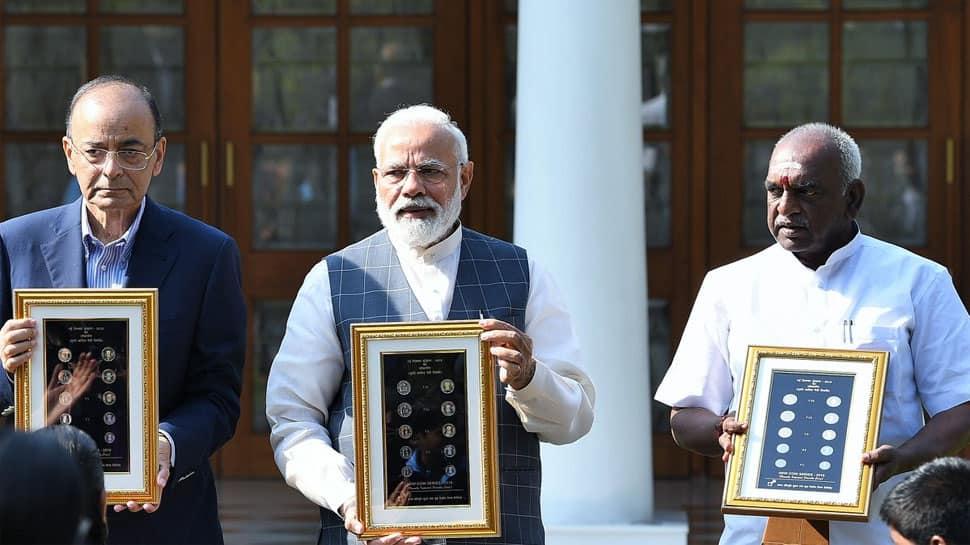 The coins were released at a function at 7, Lok Kalyan Marg, where visually impaired children were specially invited. The PM expressed happiness in hosting them and thanked them for giving him an opportunity to interact with them. Union Minister for Finance, Shri Arun Jaitley and Minister of State for Finance, Shri Pon Radhakrishnan were also present at the event.

Modi released Rs 1, Rs 2, Rs 5, Rs 10 and Rs 20 in various denominations of coins released as part of the new series. The coins are characterized by the increasing size and weight from lower to higher denominations. The newly included coin of Rs.20, will be a 12 sided coin with no serrations. The rest of the denominations would be of round shape.

Check out the salient features of new Rs 20 coins

Releasing the new series, Modi said that the Union Government is guided by the vision of reaching the last mile and the last person. He said the new series of coins have been designed and released keeping that vision in mind.

He also thanked the National Institute of Design for the design, Security Printing and Minting Corporation of India Limited and the Ministry of Finance for the introduction of new coins.

Various new features have been incorporated in the new series of circulation coins to make it more easy for the visually impaired to use them.

Government to roll out new 20-rupee coins soon: Here are the features