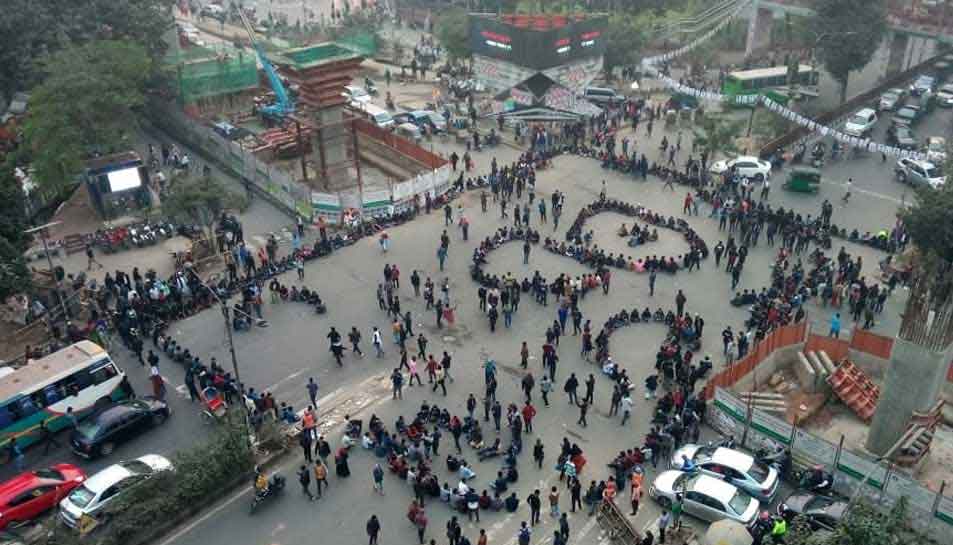 DHAKA: The Dhaka High Court has rejected a petition seeking a rescheduling election of two city corporations scheduled to be held on January 30 as the day coincides with Saraswati Puja, one of the biggest religious festivals of the country’s Hindu community.

The bench of Justice JBM Hassan and Justice Md Khairul Alam on Tuesday issued the order after hearing the petitioner, the state, and the Election Commission’s lawyer. The high court order has sparked protests several hours later at Shahbagh, leaving thousands of citizens trapped in massive gridlocks on the connecting roads.

Hundreds of Dhaka University students kept the busy intersection blocked for one and a half hours from 5 pm on Tuesday. They gave the Election Commission until noon today to change the date of the elections.

Utpal Biswas, spokesperson of the protesters and vice president of the university’s Jagannath Hall Student Union, told reporters, “If the Election Commission does not meet our demand by 12 pm Wednesday, we will lay siege to the commission.”

In his immediate reaction, Supreme Court lawyer Ashoke Kumar Ghosh, the petitioner, told reporters, “We are aggrieved and we will go to the Appellate Division challenging this order.”

Matters became more complicated with the school holiday calendar sanctioned by the government marking January 29 for the Hindu religious festival.

Many Hindu religious groups, including the Puja Udjapon Parishad and Bangladesh Hindu Buddhist Christian Unity Council (BHBCUC), had urged the Election Commission to move the election day to facilitate the community in celebrating the festival.

Many educational institutions under both city corporations organize Saraswati Puja and are also used as polling centres during local and general elections. As the Election Commission refused to move the election day, Advocate Ashoke filed the petition at the High Court on January 5, seeking its directive on the matter.

DU students on Sunday and Monday had also demonstrated on the campus, urging the court to defer the election day. The Jagannath Hall of DU, which falls under DSCC and houses the institution’s Hindu students, also wrote to the returning officer concerned making the same demand.

This dormitory hosts one of the biggest celebratory programs in the city on Saraswati Puja every year.

The High Court observed that the Education Ministry had declared January 29 a holiday for all educational institutions for Saraswati Puja, and even the Supreme Court had the day marked as a holiday in its calendar.

It said the Election Commission announced the January 30 polls schedule for DNCC and DSCC after also considering the Secondary School Certificate (SSC) examinations beginning on February 2.