Major Nair lost his life in an IED blast in Nowshera on January 11. 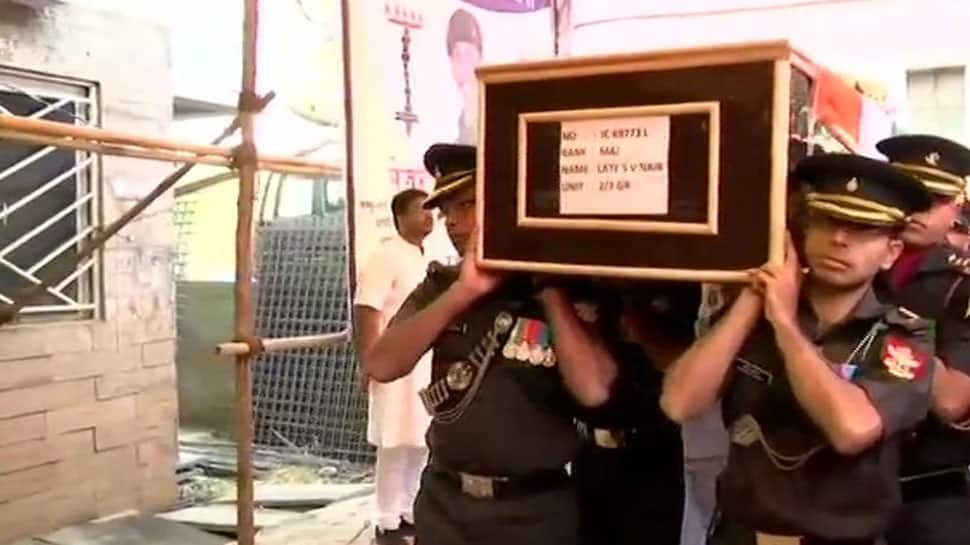 PUNE: The mortal remains of Major Shashi Dharan V Nair, who lost his life in an IED blast in Nowshera, were brought to his home in Pune's Khadagwasla on Sunday where his last rites will be conducted.

Nair had attained martyrdom after being seriously injured in an IED blast in Nowshera along the Line of Control (LoC) on January 11.

The Army officer’s mortal remains were transported in a service aircraft from Jammu to Pune on Saturday.

#Pune: Mortal remains of Major Shashi Dharan V Nair brought to his home in Khadakwasla. He lost his life in IED blast in Nowshera on 11th January. pic.twitter.com/SETpjPHj72

Major Nair was earlier given a tearful adieu by the Army, which hailed the valiant officer for making the supreme sacrifice for the nation.

The IED, which killed Major Nair, was planted by the Border Action Team of the Pakistan Army with the help of terrorists along the LoC.

Major Nair hailed from Khadagwasla, Pune and is survived by his wife Trupti Shashidharan Nair.

The last rites of Major Nair will be conducted today.

Meanwhile, another soldier - Rifleman Jivan Gurung - was killed in an IED attack along the LoC in the Nowshera sector of Rajouri. He was from Lamahatta village, Darjeeling, West Bengal.

He is survived by his mother Poonam Gurung.