Hailing Pakistan Prime Minister Imran Khan's decision on providing the relief to devotees visiting Kartarpur Gurudwara, Amarinder said that he is grateful for the waiver of passport and advance registration condition for Sikh pilgrims. 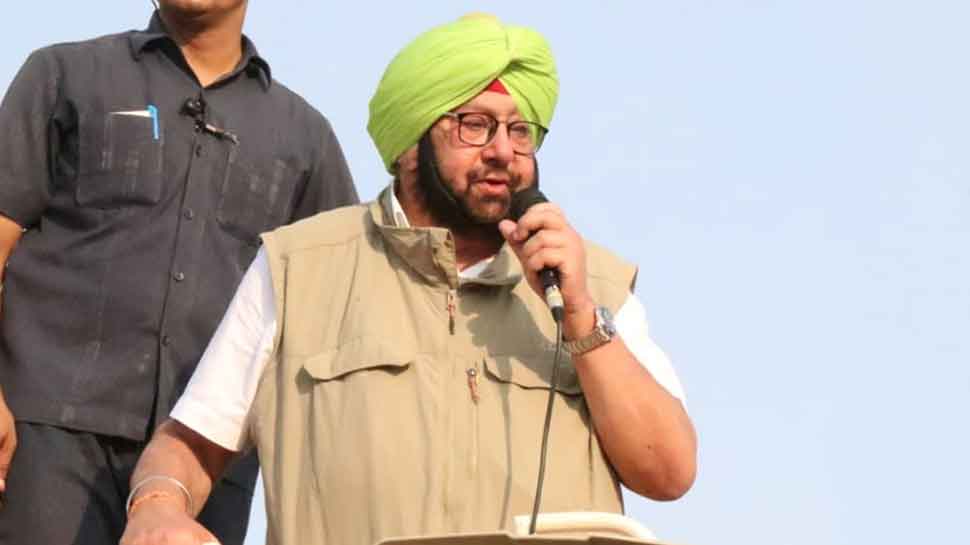 New Delhi: Punjab Chief Minister Amarinder Singh on Friday expressed his views on Pakistan government's decision to waive off conditions of carrying a passport for identification and prior registration for the visitors.

Hailing Pakistan Prime Minister Imran Khan's decision on providing the relief to devotees visiting Kartarpur Gurudwara, Amarinder said that he is grateful for the waiver of passport and advance registration condition for Sikh pilgrims. He, however, urged the Pakistani government to apply the waiver to not just Sikh devotees but all Indian citizens.

"Happy & grateful for waiver of passport & advance registration conditions for Sikh pilgrims by Imran Khan govt, but would urge Pakistan to apply this not just to Sikhs but all citizens of secular India. Also urge Pak PM to waive off $20 fee on all days instead of just two," Singh tweeted.

Earlier on Friday, Imran Khan announced to waive off conditions of carrying a passport for identification and prior registration for the visitors visiting Kartarpur Gurudwara. In addition, it also exempted the Indian pilgrims from paying a USD 20 entry fee on the day of the inauguration of the corridor and Guru Nanak Dev's birthday.

"For Sikhs coming for pilgrimage to Kartarpur from India, I have waived off 2 requirements: i) they won`t need a passport -- just a valid ID; ii) they no longer have to register 10 days in advance," Imran tweeted. "Also, no fee will be charged on day of inauguration & on Guruji`s 550th birthday," he added.

Prime Minister Narendra Modi will inaugurate the Kartarpur Corridor on November 9 and dispatch the first lot of pilgrims to visit Kartarpur Sahib Gurdwara in Pakistan`s Punjab province on the occasion of the birth anniversary celebrations of Guru Nanak Dev.

The Kartarpur Sahib Gurdwara, originally known as Gurdwara Darbar Sahib, is a highly revered Sikh shrine where Guru Nanak Dev spent 18 years of his life and is his final resting place.