Last year, 60 people lost their lives after a train ran over them while they were watching the burning of Ravan effigy, standing on a railway track in Amritsar. 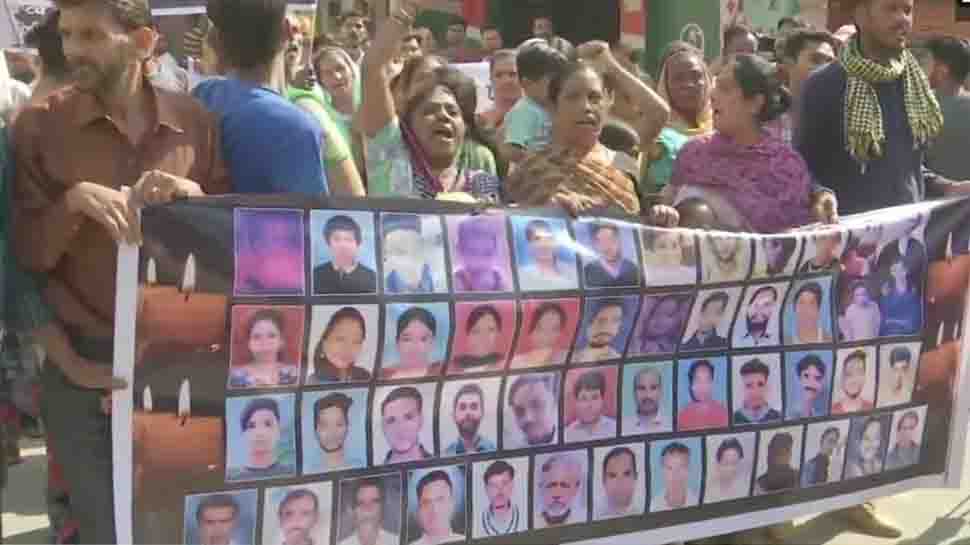 Amritsar: Dussehra is a festival of joy but for many in Punjab's Amritsar, the day brings painful, dark memories of last year's train accident in Amritsar that crossed over dozens of revelers watching the burning of Ravana effigy.

In 2018, on the occasion of Dussehra, the tragic train mishap claimed almost 60 lives and left several disabled for life. The memories of the dreadful still have kept the victims' families shaken by just the thought of it.

On Tuesday, on the occasion of Vijayadashami, families of the victims took out a protest march in Amritsar demanding justice for those who lost their lives in the tragedy. The protestors were seen raising slogans against the Punjab Chief Minister Amarinder Singh government in the satte and claimed that despite several promises and assurance given by the government, nothing has been done so far. "It has almost been a year yet justice has not been meted out to us. So we are going to sit in protest on railway tracks. We had to visit a number of government offices several times throughout the year yet we did not see any significant result," one of the protestors said.

"Nobody is listening to our demands so we are going towards the railway station. That tragedy took away our brothers and sisters and so we are going where they lost their lives. We will leave no stone unturned to attract the attention of this government towards us. We will also spill the milk if it will be needed. We want justice," Shera, another protestor told ANI.

Joginder Singh, who lost his son in the tragedy while speaking to ANI said: "My son came here to see Dussehra last year. His name was Amrit Pal Singh. The government did not fulfil its promise of giving jobs. We are going towards the railway station and will die there if justice does not prevail."

Amritsar DCP Jagmohan Singh, meanwhile, appealed the protestors to maintain peace and harmony and asked them to celebrate the festival instead of protesting. "We have deployed our forces there to ensure that no untoward incident takes place. Also has informed the AIG railways. The Government Railway Police forces are also on alert. I appeal to the protestors to maintain harmony and peace and celebrate the festival instead of protesting," he said.

He added, "The Police Commissioner has visited the venues to take stock of security on Dussehra. Security forces have been deployed as per the crowd in these venues."

A total of 60 people died and more than 70 were injured after being mowed down by a fast-moving train at the Dhobi Ghat ground in Choura Bazar near Jhoda Phatak area in Amritsar. The incident occurred on October 19 when people gathered near the railway track to watch the burning of Ravana effigy on the occasion of Dussehra. Navjot Singh Sidhu's wife Navjot Kaur Sidhu was the chief guest at the event.