At least 23 people have lost their lives in a blast that occurred at a firecracker factory in Punjab's Batala city on Wednesday. 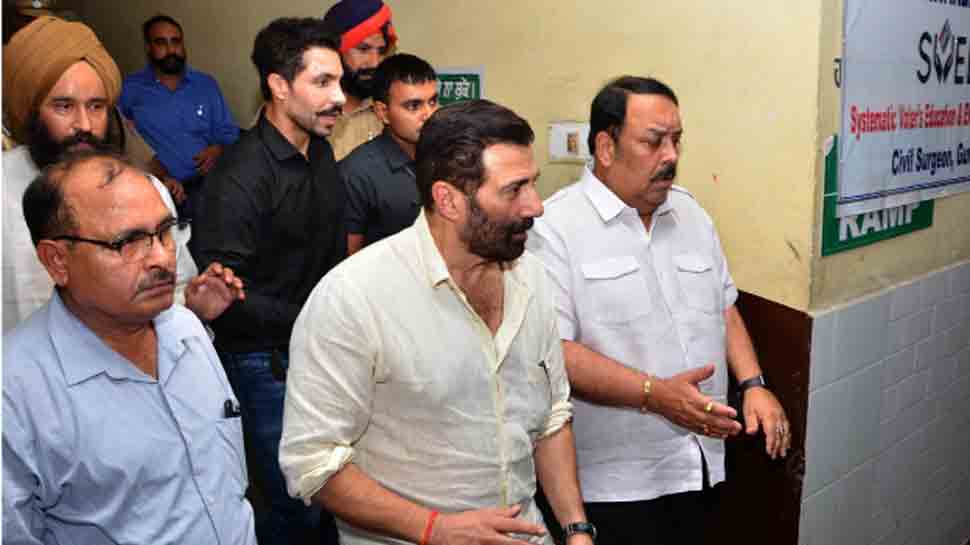 Gurdaspur: Gurdaspur MP Sunny Deol on Thursday met people who were injured in the fire that broke out in a fire-crackers factory in Batala, Gurdaspur district.

Deol visited the hospital where the injured are currently undergoing medical treatment and met the injured people and their families.
"I am saddened by this incident. I pray that such incidents should not occur in the future. An investigation will be carried out in this matter. So many people have died in this incident and we all should pray for their families who have suffered the loss. We`ll surely help the injured people," said Deol while speaking to ANI.

Punjab Chief Minister Captain Amarinder Singh has ordered a magisterial inquiry in the accident and announced an ex-gratia grant of Rs 2 lakh for the kin of the deceased and Rs 50,000 for the seven severely injured, who were referred to Amritsar Medical College. He has announced Rs 25,000 for those with minor injuries.

President Ram Nath Kovind, Prime Minister Narendra Modi and Congress leader Rahul Gandhi have expressed their condolences on the death of workers in the explosion.