Hours after his resignation, Captain Amarinder Singh said there was no question of him supporting Navjot Singh Sidhu as the next Chief Minister of Punjab saying it will be a disaster for the state and the country. 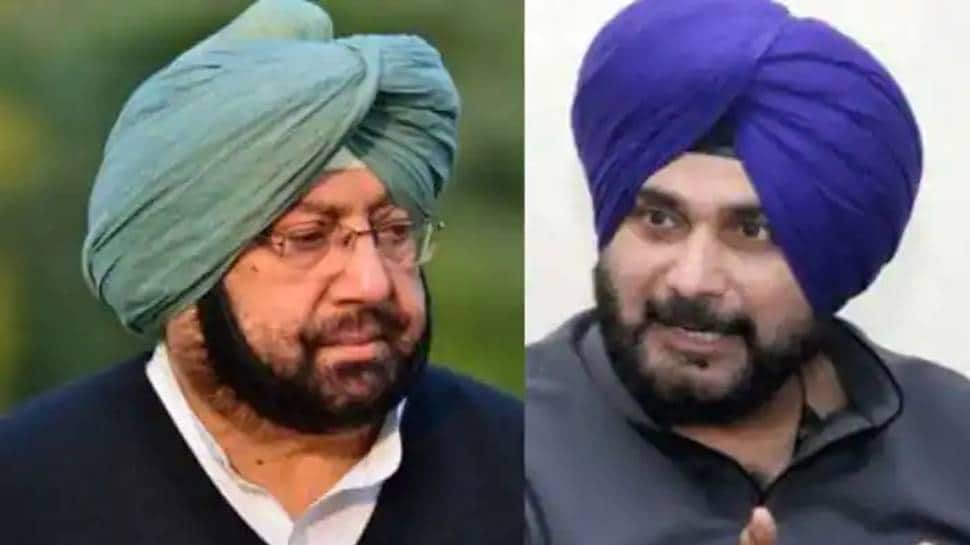 Chandigarh: Dubbing Navjot Singh Sidhu as anti-national, dangerous, unstable, incompetent and a security threat to the state and the country, Captain Amarinder Singh on Friday said he will fight “tooth and nail” any move to make the Punjab Congress president the Chief Minister of Punjab.

Making it clear that he had no intention of quitting politics, Captain Amarinder said there was no question of supporting Sidhu, who was clearly mixed up with Pakistan and a danger, as well as a disaster, for Punjab and the country.

“I cannot allow such a man to destroy us, I will continue to fight the issues that are bad for his state and its people,” said the outgoing Chief Minister, lashing out at Sidhu for his close alliance with the leadership across the border. 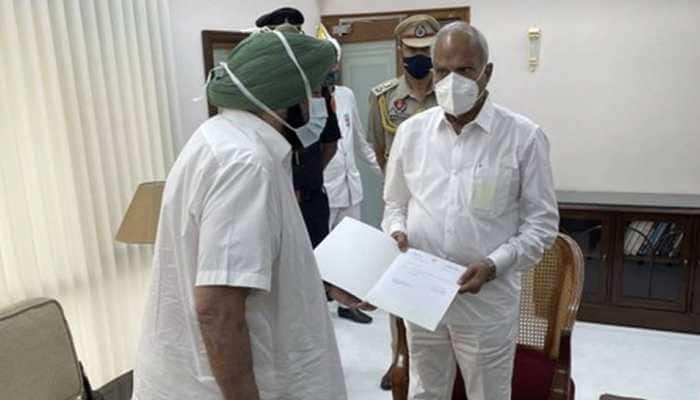 “We have all seen Sidhu hugging Imran Khan and General Bajwa, and singing praises for the Pakistan Prime Minister at the opening of the Kartarpur Corridor while our soldiers were being killed at the borders every day,” he said, pointing out that the ex-cricketer had attended Imran’s swearing-in even after he (Capt Amarinder) categorically told him not to.

“The government of Punjab means the security of India, and if Sidhu is made the face of the Congress for chief ministership, I will fight him at every step,” he said.

In a series of media interviews, Captain Amarinder, who has been asked by the Governor to continue in office as Chief Minister till alternative arrangements are made, said Sidhu could never be a good leader for Punjab.

“How can a man who could not handle a ministry handle the state?” he asked, adding that there was no question of backing an incompetent man whom he had removed from his cabinet. As a state cabinet minister, Sidhu failed to clear files for seven months, he disclosed.

Captain Amarinder ruled out leaving politics and said that as an Army man, he has a lot of will and will remain active in the upcoming Assembly elections in Punjab. “I am not hanging my boots,” he declared, reiterating that he will decide on his future course of action after talking to people close to him, including MLAs of the Congress, which Sidhu had divided just months ahead of the polls.  He revealed that he had himself asked MLAs who were supporting him to attend the CLP meet, and the presence of the large number of legislators at the meeting did not mean they were supporting Sidhu.

Rejecting claims by the Congress leadership that he had lost the confidence of the MLAs, Captain Amarinder termed it a lame excuse. “Just a week ago, I had sent to Sonia Gandhi a list of 63 MLAs who were supporting me,” he said, adding that MLAs usually respond to what they think Delhi wants, which was the case at the CLP meeting too. In any case, it is not possible to make all MLAs happy, he added.

Pointing to the sweeping wins by the Congress under his leadership since 2017, Captain Amarinder said he failed to understand the decision by the party to replace him. “The people of Punjab were clearly happy with my government,” he said, adding that till 3-4 months ago, the tide was completely in favour of the Congress in Punjab but “they have cut their nose to spite their face, and ended up from a winning to a losing position.”

Expressing pain and shock at the way he was humiliated into quitting, Captain Amarinder said, “Even today, I was not informed about the CLP meeting even though I was the leader. The way everyone was called in the night and informed about the meeting, it was clear they wanted to remove me as CM,” he added. He said he felt sad and humiliated that his contribution to the state was not recognised, and he had been misread despite having done the best for it, including on the sacrilege and drugs issues.

Captain Amarinder said even after the leadership change in Punjab Pradesh Congress Committee, he had not expected to be humiliated in this manner “perhaps because of my association with Sonia Gandhi and her children.” He definitely felt let down, he said, adding that he failed to understand the party’s objective in letting him go after his success in governing the state for 9 and a half years. “Punjab has been doing so well in every sphere. I do not understand why the party felt the need to make a change,” he added.