For the third time in a week, a suspected Pakistani drone was spotted flying over Hussainiwala village of Punjab's Ferozepur district. 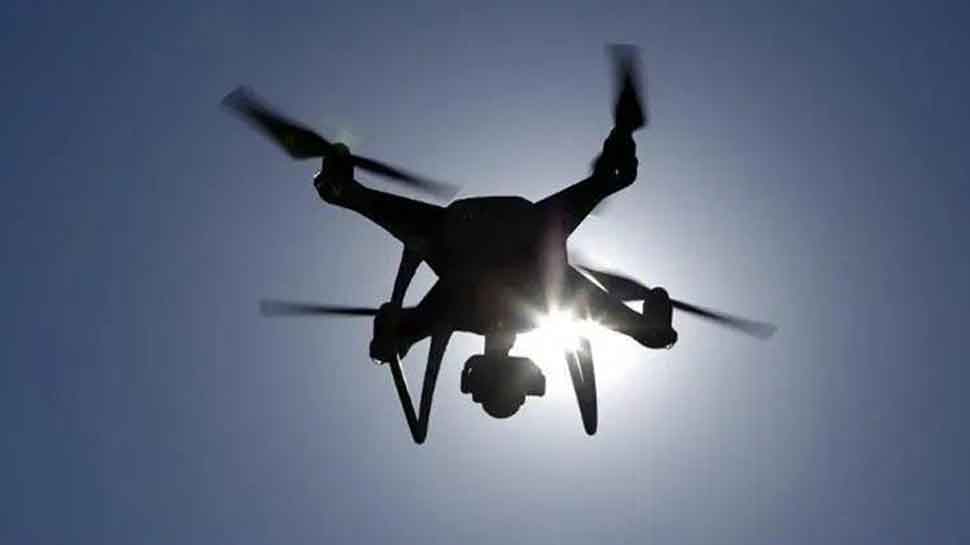 Chandigarh: For the third time in a week, a suspected Pakistani drone was spotted flying over Hussainiwala village of Punjab's Ferozepur district.

According to the Border Security Force, the drone was first spotted around 7:15 pm on Wednesday, then it was noticed by the security personnel and later by the local villagers.

BSF Sources: BSF on 3rd consecutive day spotted drone, which had entered from Pakistan side, last evening in Hussainiwala village of Punjab's Ferozepur dist. It was first spotted around 7:15 pm last evening, then by security personnel&later by the locals. Police is investigating. pic.twitter.com/emEYAONzzn

The Punjab Police said that they are investigating the matter.

The drone was earlier spotted hovering over two villages along the India-Pakistan border in Hussainiwala area in Punjab on Tuesday.

That was the second time when the suspected Pakistani drone was spotted.

Villagers had captured pictures of the drone on their mobiles.

Earlier, the sighting of a Pakistani drone was observed thrice in the same area on Monday night.

Punjab Police have already launched elaborate investigations to account for the weapons consignments apparently smuggled into India from across the border by the two drones recovered near the India-Pakistan border over the last around one month.

Police teams are also on the job to ascertain the links of the terror groups involved in sending these drones from Pakistan, a Punjab Police spokesperson had said on September 27.

Investigations so far suggest that several Pakistan-based terrorist groups were engaged in s1muggling weapons into India since August, post the abrogation of Article 370 in Kashmir.

The Punjab Police believes that the drones were apparently sent by different terror groups, linked with the Pakistan ISI, and the State-sponsored Jihadi and pro-Khalistani terrorist outfits working under its command.