The Agriculture Department has urged the Rural Development and Panchayats Department to ensure clean, green and pollution-free environment by preventing stubble burning. 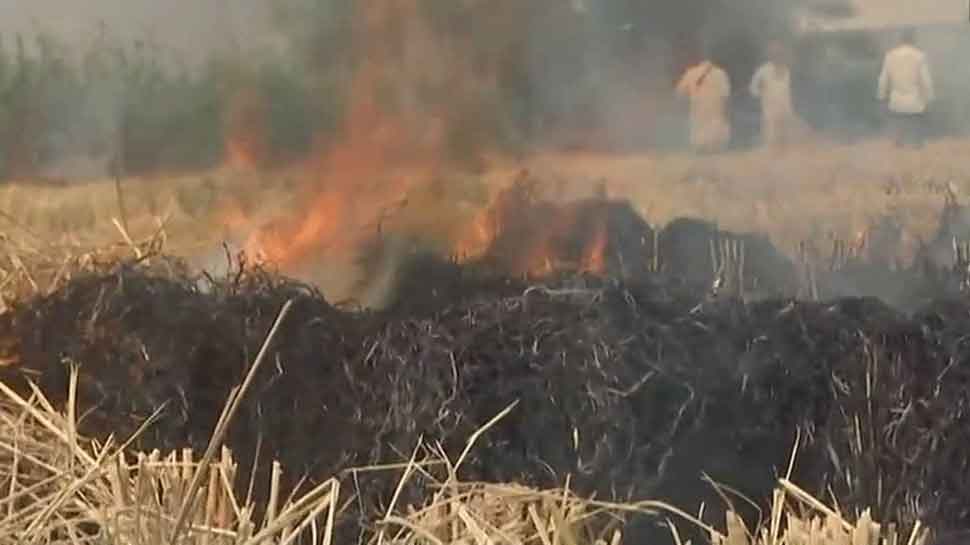 Chandigarh: The Punjab government on Sunday warned farmers against stubble burning and said those cultivating panchayat lands would be barred from taking it on lease if found indulging in crop residue burning.

The Agriculture Department has urged the Rural Development and Panchayats Department to ensure clean, green and pollution-free environment by preventing stubble burning.

State Agriculture Secretary Kahan Singh Pannu said that nearly 1.37 lakh acres of panchayat land were under agriculture and this unhealthy practice of open stubble burning could be averted.

The Panchayats Department has been asked to issue the requisite direction.

In reverence to the historic event -- the 550th Prakash Purb of Guru Nanak -- besides upholding the ideology of Guru Nanak to protect natural resources, the farmers should refrain from burning of paddy straw, Pannu said. It was a serious threat to the environment, soil texture as well as human health, he added.

Stressing the need to sensitise farmers cultivating panchayat lands against the ill-effects of crop residue burning, Pannu said the Rural Development and Panchayats Department would launch a drive to persuade farmers to abstain from this practice.

The state has ordered impounding of combine harvesters functioning without a super straw management system.

Punjab gets tough against sale of illegally imported cigarettes