SAD-BJP MLAs Wednesday staged a walkout in the Punjab Assembly after their resolution condemning Pakistan Prime Minister Imran Khan for his remarks against India was not taken up by the Speaker. 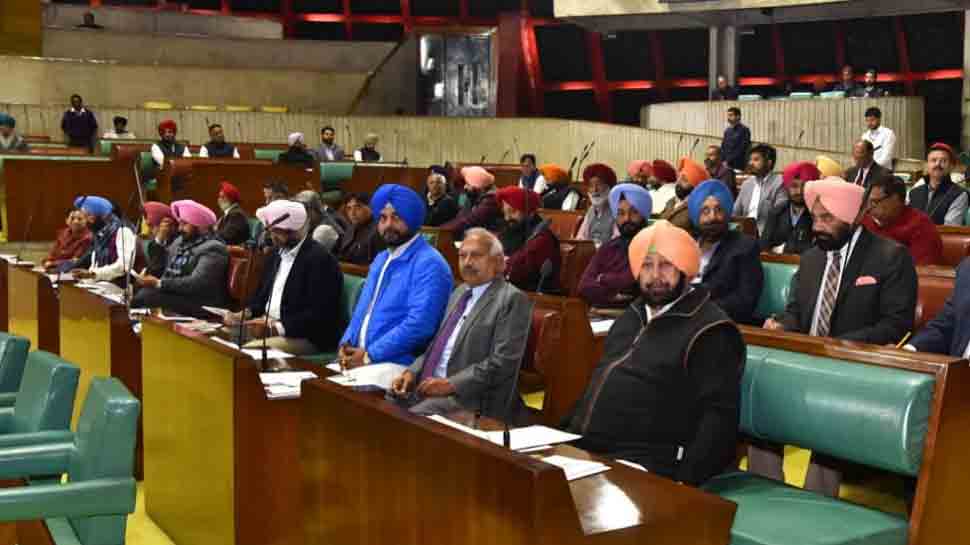 Chandigarh: SAD-BJP MLAs Wednesday staged a walkout in the Punjab Assembly after their resolution condemning Pakistan Prime Minister Imran Khan for his remarks against India was not taken up by the Speaker.

After the Question Hour, Akali and BJP MLAs led by Parminder Singh Dhindsa sought to bring a resolution condemning Khan for his remarks that "Pakistan would retaliate if India carried out an attack" in the aftermath of the Pulwama terror attack.

"Pakistan PM has tried to threaten India," said Dhindsa, demanding Khan's statement should be condemned in the strongest possible words. Speaker Rana KP Singh said their resolution was under consideration.

When Akalis and BJP members stuck to their demand for allowing them to bring a resolution, state minister and Congress MLA Sukhjinder Randhawa intervened in the matter and said they should meet the prime minister, urging him to "launch a war" against Pakistan to "break the neighbouring nation into two parts" as it was done in 1971 when Indira Gandhi was the prime minister.

Randhawa lashed out at Akalis and BJP and also flashed a picture of Masood Azhar, founder of terrorist group Jaish-e-Mohammed, in the House.

Akalis and BJP members then stormed into the Well of the House and raised slogans. They later staged a walkout.