The tragic bus mishap took place near Dhadhaniya village in Jodhpur. Seven men, five women and one child are among those killed in the accident. 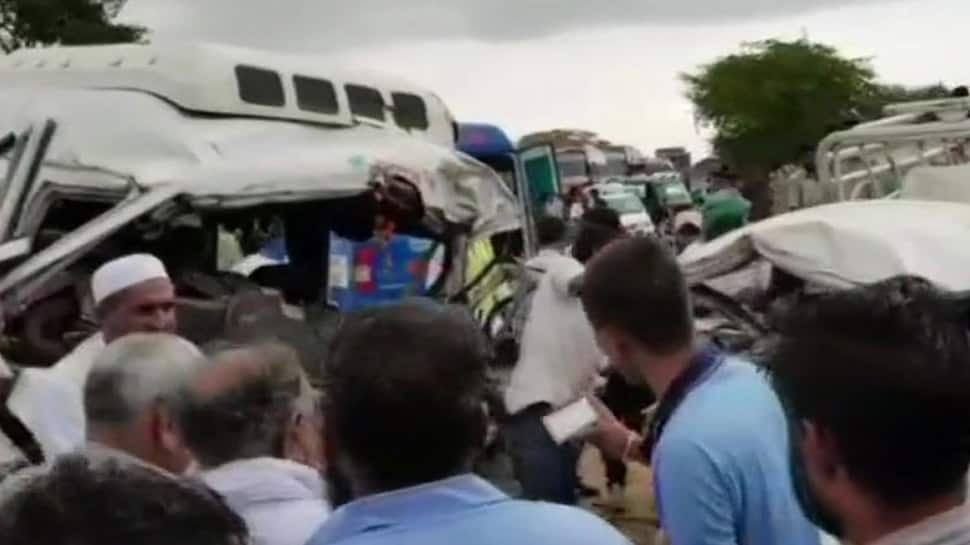 Jodhpur: At least thirteen people lost their lives in a road accident at the Jodhpur-Jaisalmer highway on Friday. The tragic bus mishap took place near Dhadhaniya village in Jodhpur.

Seven men, five women and one child are among those killed in the accident.

Eight others who sustained injuries in the accident have been referred to a hospital in Jodhpur.

The accident took place when a bus and a camper jeep collided near Dhadhaniya village in Jodhpur district.

Minutes after the mishap, policemen from the Balesar Police Station reached the spot to help the victims.

"According to the information received by us, Balesar resident Shravan Singh had gone to meet his relatives with his family in the camper jeep. During the course of the family`s return, the camper jeep collided with a mini-bus laden with passengers after a puncture in the mini-bus," a police official said.

An FIR has been registered and an investigation has been launched to determine the cause of the accident.