The 4-year-old girl, who has been identified as Seema, fell into the borewell while playing near it. 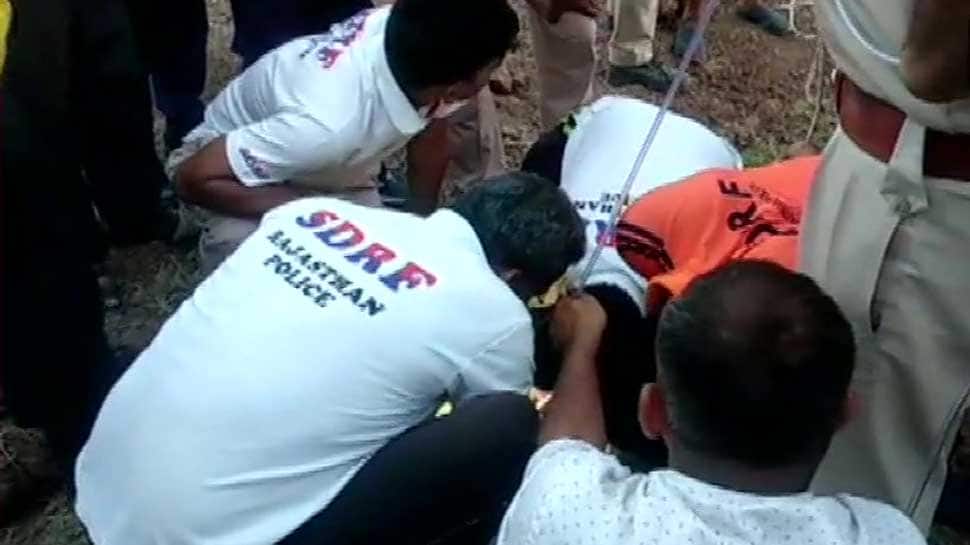 JODHPUR: A four-year-old girl fell into a 400-feet deep borewell in a village in Rajasthan's Jodhpur district on Monday.

The incident was reported from Melana village of Jodhpur district in the evening.

According to reports, the 4-year-old girl, who has been identified as Seema, fell into the borewell while playing near it.

The bore-well is said to be nine inches wide and 400-feet deep.

Rajasthan: A 4-year-old girl fell into a borewell in Melana village of Jodhpur district earlier this evening. She is being provided oxygen with the help of 108 Ambulance. Rescue operation is underway. pic.twitter.com/wX0kv0o1rx

Oxygen is being provided to the girl through a pipe to keep her alive, said an official.

Kherapa police station in charge Kesa Ram said that a rescue operation is currently underway to save the girl.

The National Disaster Response Force has been informed and its team is expected to arrive at the spot soon.

The local administration has called the Ambulance and a medical team to meet any emergency situation.

As soon as the news spread, local villagers in numbers gathered at the spot.