Gehlot had on Friday sent a team to Kota to look into the deaths. 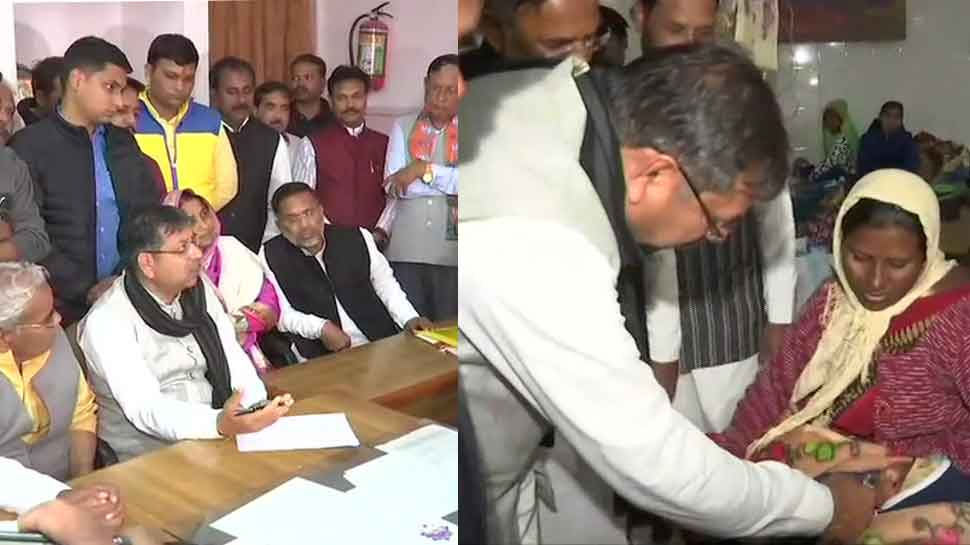 KOTA: A delegation of state BJP leaders on Saturday visited a hospital in Rajasthan's Kota district where at least 10 newborns had died recently apparently due to lack of facilities and non-functioning equipment. The BJP delegation inspected the JK Lon Hospital in Kota and interacted with the senior doctors to know what led to the tragic death of the ten newborns.

The state BJP also attacked the Congress government led by Chief Minister Ashok Gehlot over the incident and asked it to fix responsibility for the tragedy.

Meanwhile, speaking to reporters, the Rajasthan CM said, ''This year has least deaths in last 6 years.  Death of even one child is unfortunate. But there have been 1300 - 1500 deaths in a year in the past. This year, the figure is 900. There are daily few deaths in every hospital in the state and country, nothing new in this. Action is being taken.''

Rajasthan CM on Kota child deaths: This year has least deaths in last 6 yrs. Even 1 child death is unfortunate.But thr hv been 1500,1300 deaths in a year in past,this year figure is 900.There are daily few deaths in every hospital in state&country,nothing new.Action being taken pic.twitter.com/86oSvPsGA3

Gehlot had on Friday sent a team to Kota to look into the deaths. He had warned that strict action will be taken against those found guilty. The Rajasthan CM also directed the Medical Education Secretary, Vaibhav Galeria, to visit Kota and submit a detailed report on an urgent basis.

"The Chief Minister has taken this issue very seriously and hence, I am here to find out the reason for neonatal deaths. A special committee will investigate if there were hygienic or clinical issues behind the death of these kids. Besides, all other issues will also be taken up," Galeria said after visiting Kota.

On being asked if there was a staff crisis hitting the hospital, he said, "A crisis has in fact been there, but I cannot comment upfront without complete investigation. We are trying to figure out the lacunae present here and also trying to find solutions."

Sources said that of 535 life-saving equipment, 320 were non-functional. Besides, only 27 out of 71 infant warmers were working. Some ventilators were also not working properly. The hospital administration has, however, denial it.

Hospital sources said that all the children were brought in a critical condition to the hospital. "Our investigation says that 10 deaths were normal and children did not die because of any negligence", said Dr HL Meena, hospital superintendent.

Meanwhile, Lok Sabha Speaker Om Birla too expressed concern over the death of 10 newborns in 48 hours at the Kota hospital and called upon the Ashok Gehlot government to take immediate action in this matter.

"The untimely death of 10 newborns in 48 hours at a maternal and child hospital in Kota is a matter of concern. Rajasthan government should take immediate action in this matter," said Birla, who is also MP from Kota. Birla also claimed, in a letter to Gehlot, that 800 to 900 infants and 200 to 250 kids died every year in "this major hospital" due to lack of qualified personnel and non-functioning of life-saving equipment.

The Lok Sabha Speaker also claimed, in a letter to Gehlot, that 800 to 900 infants and 200 to 250 kids died every year in "this major hospital" due to lack of qualified personnel and non-functioning of life-saving equipment.