The Rajkot-bound bus was coming from Jaipur and there were nearly 60-70 passengers onboard. 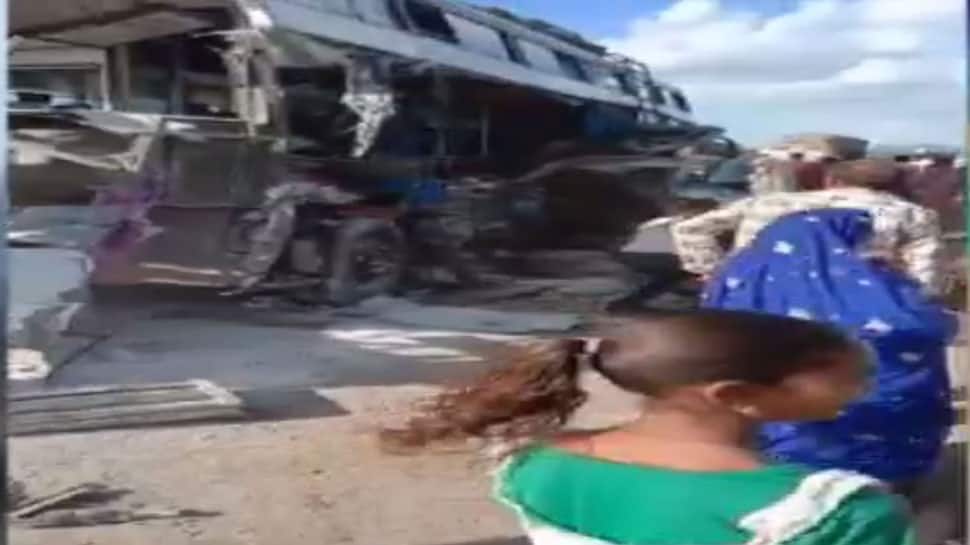 AJMER: At least eight people died and several others were injured after a passengers bus going to Rajkot met an accident near Ajmer on Sunday.

The mishap took place near Mangaliavas Lamana village in Ajmer.

The Rajkot-bound bus was coming from Jaipur and there were nearly 60-70 passengers onboard.

According to eyewitnesses, the ill-fated bus collided with a tractor-trailer while trying to overtake it.

Around 30-40 passengers have sustained serious injuries in the accident. Some of them are said to be in critical condition.

Some of those injured in the accident were immediately taken to the JLN Hospital in an ambulance. While some others have been shifted to a hospital in Beawar.

Ajmer SP Kunwar Rashtradeep and other officials immediately rushed to the spot soon after the mishap took place.

Dead bodies of five passengers have been kept at the JLN hospital.

A case has been registered in this regard and the Ajmer Police has begun its investigation into the matter.

Efforts are also being made to contact the kith and kin of the victims of the mishap.