The Gujjar community members continued their sit-in protest on rail tracks in Sawai Madhopur district for the third day on Sunday. 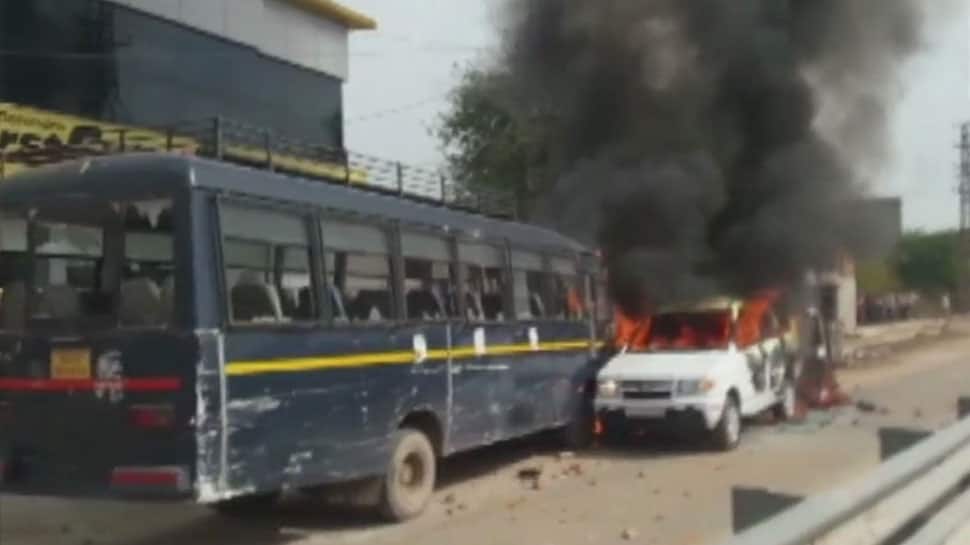 Jaipur: The quota agitation by the Gujjar community was marred by violence after a clash broke out between the police and protesters at Rajasthan's Dholpur Highway on Sunday. The protesters blocked the road and set vehicles ablaze.

Rajasthan: A clash broke out between police and protesters at Dholpur Highway today where the latter had blocked the road and set vehicles ablaze. The protesters were supporting the ongoing reservation movement by Gujjar community. pic.twitter.com/bq8U2JBCpe

The Gujjar community members continued their sit-in protest on rail tracks in Swai Madhopur district for the third day on Sunday to press for their quota demand, forcing authorities to cancel three trains and divert one.

The blockade by Gujjar Arakshan Sangarsh Samiti chief Kirori Singh Bainsla and his supporters began on Friday evening and has forced the West Central Railway (CWR) to divert, cancel or partially terminate nearly 200 trains in the last two days.

On October 26, 2018, the Rajasthan government had passed a bill which increased Other Backward Classes (OBCs) quota from 21 per cent to 26 per cent. In December 2018, the state government had also approved one per cent reservation for Gujjar and four OBCs.

At present, these communities are getting one per cent separate reservation under the legal limit of 50 per cent quota meant for the most-backwards category in addition to OBC reservation.