The quota agitation by the Gujjars lasted for eight days. 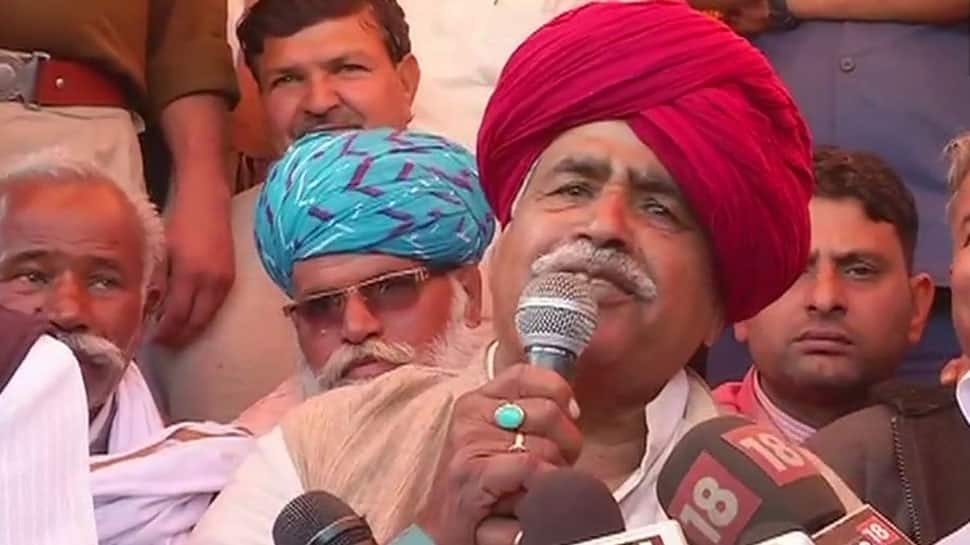 Jaipur: The members of Gujjar community called off their agitation on Saturday after getting a written assurance from the Rajasthan government that it will stand by them if the bill giving five per cent reservation to the community faces legal hurdles.

The agitation lasted for eight days as Gujjars and four other communities blocked railways tracks and highways in Rajasthan to demand five per cent quota in jobs and educational institutions.

"We are thankful to the chief minister for looking into the concerns of the community. We have received a written assurance from the government that it stands by the community if the bill passed by it faces legal hurdles," Vijay Bainsla, the son of Gujjar leader Kirori Singh Bainsla told PTI.

Gujjar leader Kirori Singh Bainsla: The agitation concludes today in the interest of the nation. I request that all the blockades across Rajasthan be removed immediately. pic.twitter.com/X1JGpGHzxc

State Tourism Minister Vishvendra Singh today met the representatives of the community to end the deadlock. He had met a Gujjar delegation on Friday as well but the talks remained inconclusive as they demanded a written assurance that necessary steps would be taken if their demands face legal hurdles.

Over a week-long dharna led by Kirori Bainsla on railway tracks and highways had inconvenienced travellers.

Bainsla and his supporters began their sit-in on the railway tracks in Malarna Dungar area of Sawai Madhopur district on February 8, demanding five per cent quota for Gujjar, Raika-Rebari, Gadia Luhar, Banjara and Gadaria communities in jobs and education.

The Rajasthan Assembly on Wednesday had passed a bill giving five per cent quota in government jobs and educational institutes to the Gujjars and four other agitating communities.