Not an uphill task for PM and CM to give us reservation, say Gujjars; protest continues

The GSS members said that the Congress government had come to power with their support and must now fulfil their demand or face the consequences. 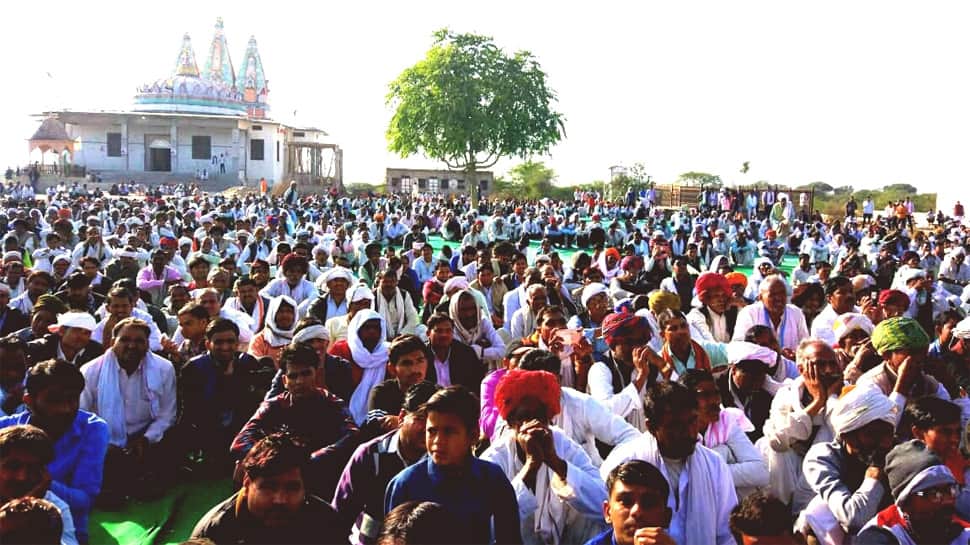 The protesting Gujjar community members on Saturday continued their rail roko dharna over their demand for the implementation of the 5 per cent reservation that was promised to them by the state government. Staging the protest, members of the Gujjar community said that providing reservation is not a tough task for Prime Minister Narendra Modi and Chief Minister Ashok Gehlot.

"We have good CM and a good PM. We want that they listen to the demands of the Gujjar community. It isn't an uphill task for them to provide reservation," members of the community sitting on railway track in Maksudanpura of Sawai Madhopur said.

The protest is led by Gujjar leader Kirori Singh Bainsla of the Gujjar Arakshan Sangharsh Samiti (GASS). Urging the Rajasthan government to act upon its promise Bainsla said, "We want five per cent reservation for our community, the way the Centre has given 10 per cent to the economically backward classes. The government did not respond to our demand, neither did anyone come to talk to us, so we were forced to take this step."

The GSS members said that the Congress government had come to power with their support and must now fulfil their demand or face the consequences.

The protests have impacted the train movement on the Delhi-Mumbai line. Five trains have been cancelled and one diverted in Kota division of West Central Railway zone.

Five trains cancelled and one diverted in Kota division of West Central Railway zone due to the ongoing reservation movement by the Gujjar community in Rajasthan. pic.twitter.com/jCf1y9g8LD

Additional police forces have been deployed in Bharatpur police range to tackle any law-and-order situation. "Seventeen RAC (Rajasthan Armed Constabulary) companies, including a special task force, have been deployed in the range. Senior police officers, who have experience of working in the area, have been assigned duties. The situation is completely under control," Bhupendra Sahu, inspector general of Bharatpur Range, said.