Jaypee Infra insolvency: Homebuyers want NBCC bid to be reconsidered; say no faith in private cos

Aggrieved buyers, who have booked flats in Jaypee Infratech projects, also complained that voting process is not being carried out in a fair manner. 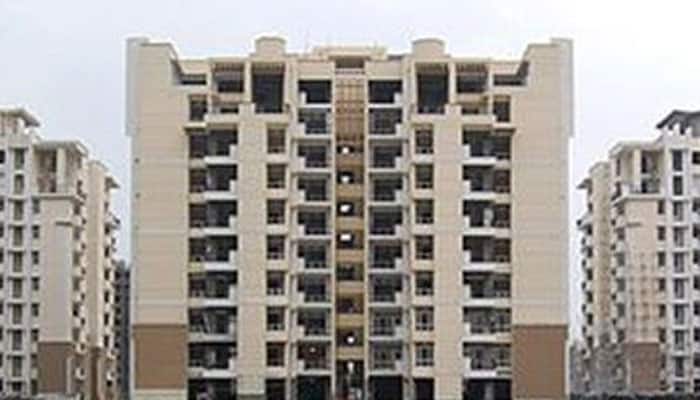 Noida: Distressed homebuyers of debt-ridden Jaypee Infratech Thursday demanded that state-owned NBCC's bid to acquire the realty firm should be reconsidered as they do not have any faith in private companies.

Representatives of nine homebuyers' associations of Jaypee Infratech's housing projects in Noida, Uttar Pradesh, said that Jaypee group promoters are interfering in the insolvency proceedings to regain control over the troubled realty firm. They also cast aspersion on court-appointed Interim Resolution Professional (IRP), alleging that it was taking the side of the Jaypee group.

Aggrieved buyers, who have booked flats in Jaypee Infratech projects, also complained that voting process is not being carried out in a fair manner.

Financial creditors and homebuyers of the Jaypee group realty firm are currently voting on the bid of Suraksha Realty, the lone player left in the race to acquire the company and complete over 20,000 flats.

Hours after getting the government approval for its revised offer to acquire troubled realty firm Jaypee Infratech, NBCC Ltd asked the court-appointed resolution professional to reconsider its bid and asserted it is prepared to take all necessary steps to protect its interest.

Lenders had rejected the bid of NBCC terming it conditional and without the necessary approval from the government. The voting process started on Tuesday (April 30) and would conclude on May 3.

"Our demand is that an emergency meeting of the committee of creditors (CoC) be called immediately. NBCC being a government agency should be given a chance in the voting process because homebuyers now don't have any faith in private players," said Ashish Rustagi, President of 9 Association that represents around 5,000 customers.

The would prevent Jaypee Infratech from going into liquidation, he told reporters.

Umesh Rastogi, 62, who had bought a 3BHK flat in Krescent Home, said given a choice between a state-run company like NBCC or private player like Suraksha, anybody would want to have the former take over the project.

"There is no credibility left with the Jaypee group. Now they say they want to complete the project but there is no point believing them. The only hope now is if NBCC gets to participate in the voting," he said.

Shambhu Sharma, who had invested in a Jaypee project in 2011, said, "NBCC is a navaratna PSU and we don't have any trust left in private builders. We wanted to vote for NBCC, their bid was acceptable to us. But then government clearances took time, and it did not have CoC approval so it got disqualified. They wanted a few more days but IRP declined. Now only Suraksha is left."

"Now we want an emergency CoC meeting and both companies should get to voting," he said, while alleging that "the IRP is clearly against homebuyers, it is only favouring Manoj Gaur."

The association also raised concerns over the voting site being unsecured.

"Since the inclusion of the homebuyers in the CoC of Jaypee Infratech, the journey has been marred with the hiccups and road blocks. Anything which the homebuyers have wished for or had floated the idea about, could never see the light of the day, they have been made to run from pillar to post, just to make their voice count," said Ashish Rustogi.

In 2017, the National Company Law Tribunal (NCLT) admitted the application by an IDBI Bank-led consortium seeking resolution of Jaypee Infratech. The realty firm has an outstanding debt of nearly Rs 9,800 crore.

During the first round of insolvency proceedings, the Rs 7,350 crore bid of Lakshdeep, part of Suraksha group, was rejected by lenders as it was found to be substantially lower than the company's net worth and assets. In October 2018, the IRP started a fresh initiative to revive Jaypee Infratech on the NCLT's direction.