2.0 – Teaser of Rajinikanth, Akshay Kumar starrer will be unveiled on this day

The teaser of the sci-fi mega-budget film also starring Amy Jackson will be launched soon. 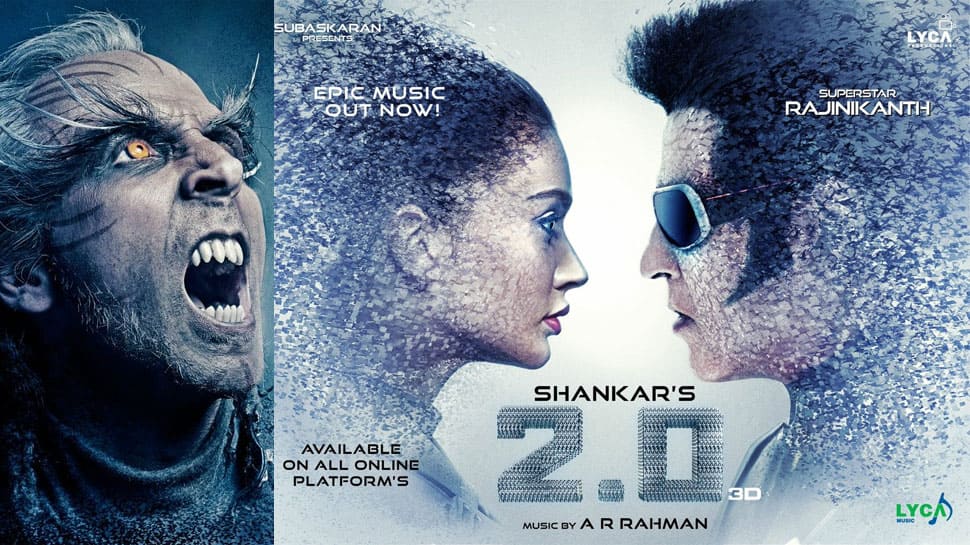 Mumbai: Here’s good news for fans of Rajinikanth and Akshay Kumar. The teaser of 2.0, one of the most anticipated films of the year, will be unveiled soon in Malaysia.

Yes, you read that right. The teaser of the sci-fi mega-budget film also starring Amy Jackson will be launched on January 6 at the Natchathira Vizha.

He tweeted: “#2PointO teaser to be released at the #NatchathiraVizha2018, Malaysia on Jan 6, says @Karthi_Offl . @superstarrajini will be there at the event (sic).”

Directed by Shankar, 2.0 is a sequel to 2010 blockbuster Enthiran (Robot) which had Aishwarya Rai Bachchan on board as the leading lady.

2.0 will mark the Tamil debut of Bollywood superstar Akshay Kumar and his first film with the one and only Rajinikanth. The film also stars Adil Hussain and Sudhanshu Pandey.

The makers of the film have left no stone unturned to promote it. Large scale promotional events have been held across the globe. The team launched the audio of the film at a grand event in Dubai a few weeks back. They even lifted a 100-foot-tall hot air balloon with images of the characters of Rajinikanth and Akshay Kumar in the film. Images of the hot air balloon flying over the iconic Hollywood signage in Los Angeles were released.

The film has been bankrolled Lyca Productions and the estimated budget crosses over Rs 400 crores! It is one of the most expensive films India has ever made.

Academy award winning music maestro AR Rahman has composed music for the film while Nirav Shah has taken charge of the cinematography.

Prabhas has something special in store for fans after Saaho