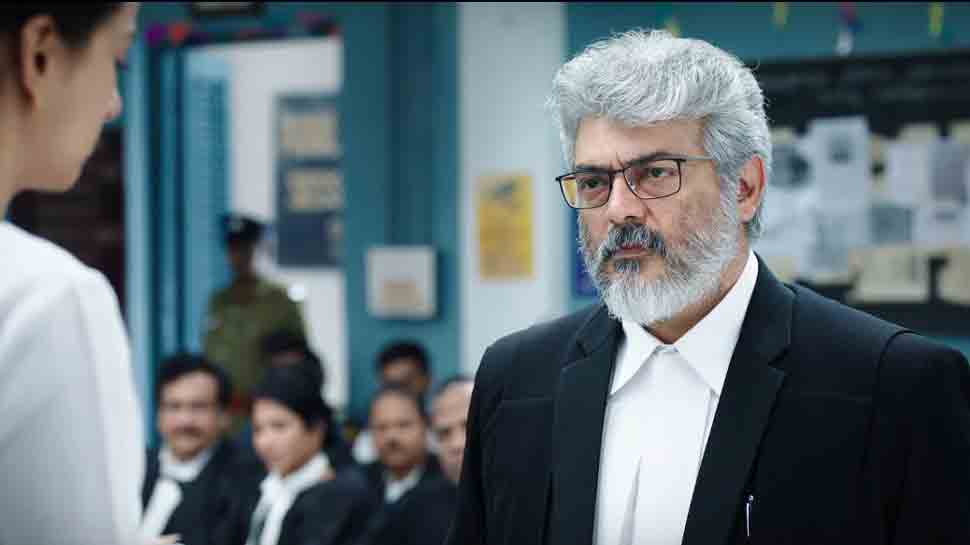 Chennai: The theatrical trailer of Ajith Kumar starrer `Nerkonda Paarvai`, the Tamil remake of `Pink`, was released on Wednesday. Going by the first impression, the film promises an intense courtroom drama.

The trailer has a few shots in the courtroom and they`ve recreated from the original convincingly. In one shot, one sees Ajith asking Shraddha if she`s a virgin. When she doesn`t respond, the question is repeated in Tamil this time. She replies `no` in Tamil.

Going by the visuals, the film looks like a faithful remake of  'Pink'. It promises an intense courtroom drama and Ajith hasn`t been seen in such a fierce avatar in a long time.

Apparently, it was late Sridevi`s wish that Ajith does a film in her husband`s production.

"While working with Ajith in 'English Vinglish', Sridevi wanted that Ajith does a Tamil film for our home production. Nothing exciting came up till one day last year; Ajith suggested remaking `Pink` in Tamil. She immediately agreed as she thought it was most appropriate and timely film to make and Ajith would bring all the elements required to make it into a great Tamil movie," Kapoor had previously said.

The film, slated to hit the screens on August 10, features music by Yuvan Shankar Raja. Popular lensman Nirav Shah has cranked the camera.

Keerthy Suresh and team to fly to Spain for her next