Baahubali 2: The Conclusion movie review – Prabhas's magnum opus creates history that is unlikely to get repeated

Well, not that you were waiting for a critic review for this film but, yeah, a thumbs up from our side too! 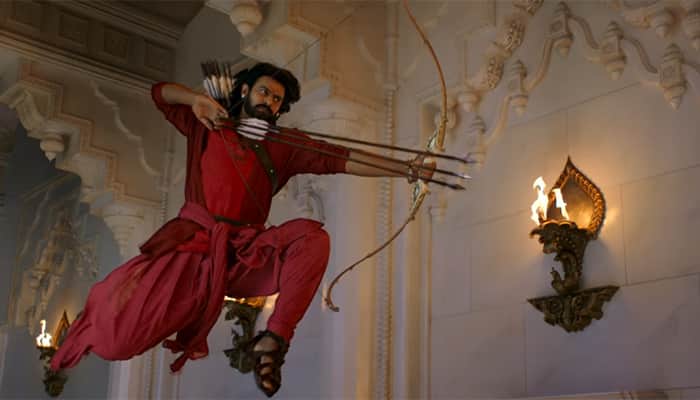 New Delhi: On one hand where Bollywood is still entangled in glamour and marketing, South Indian cinema has apparently got the formula right and 'Baahubali 2: The Conclusion' is a firm proof. The SS Rajamouli directorial not only excelled in the art of storytelling by answering the much-talked-about question - 'Why Kattappa Killed Baahubali' - which it teased for almost two years. but also turned out to be a game changer for country's film industry in terms of special effects.

Let's talk from the very 'beginning' here! After the blockbuster success of 'Baahubali', stakes were sky high for the filmmakers as the expectations from the sequel grew manifold. This is when the team of the movie decided to revamp their strategy and come up with a product that is totally world class. This is why the release date of the flick was postponed. And, it wouldn't be wrong to say that their master plan worked wonders as the final result will completely blow your mind away with its sheer perfection and unpredictability.

The storyline takes forward the tale from the exact point where 'Baahubali: The Beginning' ended. Audiences get to see how Amarendra Baahubali wins hearts of the Mahishmati citizens and the role of power politics in getting him killed by royal slave Kattapa. 'Baahubali 2: The Conclusion' takes most of the time in establishing the backstory but not even for a single moment you will feel that the script is being dragged. 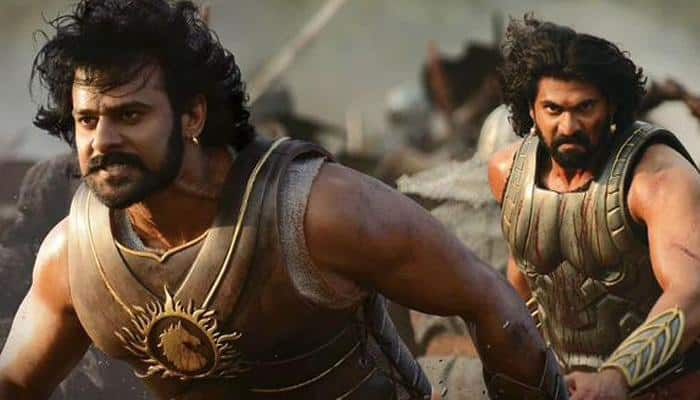 It is in the second half you will know why Kattappa killed Baahubali. The scene is so beautifully woven that it is powerful enough to bring tears to your eyes. The movie loses a tad bit pace in-between but the graphics come to the rescue during those times.

If we talk about the characters, then Prabhas single-handedly steals the show. His image comes out no less than a superhero. Audiences were seen cheering and hooting to his high-octane scenes/dialogues. On the other hand, Rana Daggubati is kept as a showpiece till the end. And, it is during the climax he unleashes his hulk mode and stuns the viewers with his godly body. The final face-off between Prabhas and Rana will keep you on the edge of your seats. Some scenes are definitely unrealistic but, hey, but its a world of cinema, indeed! You need to give the film a little leverage there.

More than the first part, Sathyaraj will impress you in the sequel. At times the 62-year-old actor will make you laugh and, sometimes, his performance will even make you teary-eyed. Yes, you guessed it right! We are talking about that particular scene here. Anushka Shetty and Ramya Krishnan's on-screen characters deserve a special mention. Their aura and attitude make us believe that they are royalty in real. Anushka and Ramya do most of the talking with their eyes. All thanks to their charm and grace.

'Baahubali' could not have been made without SS Rajamouli's magical touch and vision. It was the director's sheer commitment and hard work that our nation is blessed with a movie like this. You will be amazed to know that 'Baahubali 2' is not only about special effects. In fact, emotions form the soul of this film. 'Baahubali 2: The Conclusion' will also offer you a lot of reasons to celebrate.

Special effects and cinematography of this film is something which you have never seen ever before in Indian cinema. It is simply a visual treat which you can sit back and admire. Some of the visuals are so mesmerising that their impact will stay on your mind for a long time. The music of this film is mediocre but leaves an impression when amalgamated with the scenes.

In the end, it should be mentioned that 'Baahubali 2: The Conclusion' has emerged as a treasure which will be passed on to the generations to come. Its sheer production value and gigantism make it a must watch for viewers of all age groups.

It is totally recommended that you should go out and watch the film this weekend. 'Baahubali' is a kind of cinema which is not frequently made. So, grab your ticket and experience the visual treat that words can't explain.

Well, not that you were waiting for a critic review for this film but, yeah, a thumbs up from our side too!