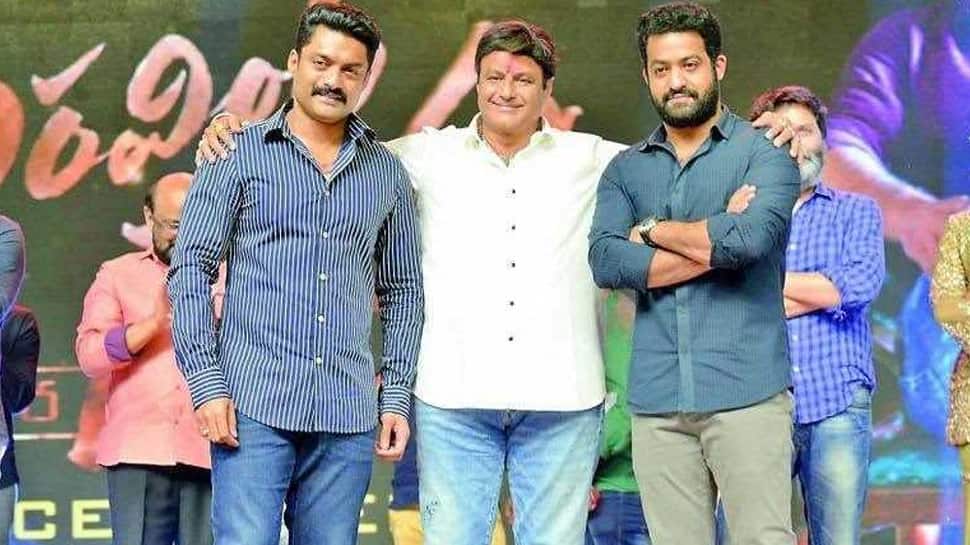 During the trailer launch and pre- release event of Kathanayakudu, actors Kalyan Ram and Jr NTR were seen sharing the stage with their uncle Balakrishna and fans of the Nandamuri family were happy to see their favourite actors together.

Once again, the three of them have shared the stage. The pre-release event of Kalyan Ram’s 118 was held at JRC Convention Centre on Monday and Balakrishna and Jr NTR have attended the event as chief guests. Shalini Pandey and Nivetha Thomas, the leading ladies of the film were also present at the event.

Balakrishna lauded Kalyan Ram for his hard work and wished good luck to the team. Kalyan Ram and Jr NTR thanked their uncle for gracing the occasion. The film is releasing on March 1.

It has become very common that actors nowadays are promoting the films of their colleagues by attending the film events of that particular film. In recent times, it has become a trend and many actors are coming forward to promote each other. Well, this is a sign that everything is fine in between all the actors and that they support and stand by each other's side through thick and thin.