The actor was ousted from the show for his frivolous comments on women. 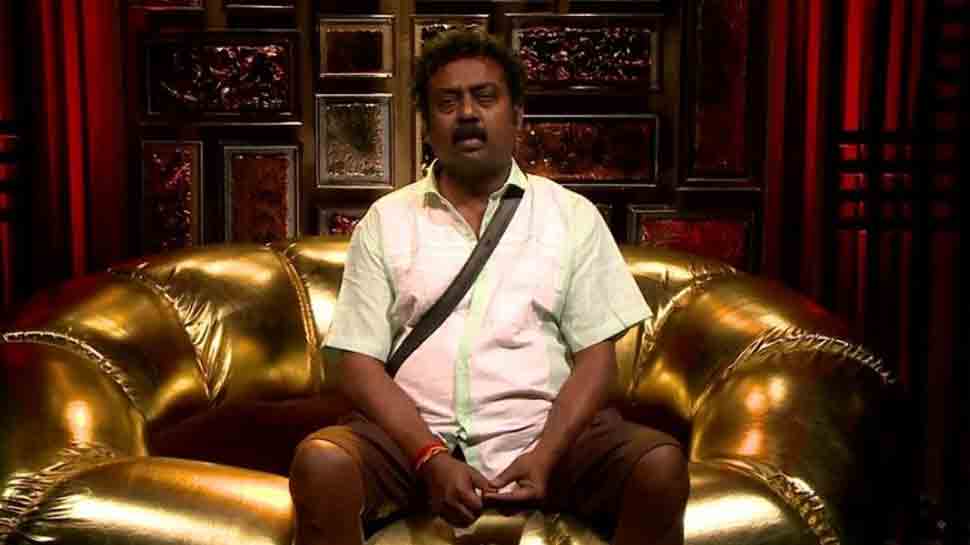 New Delhi: Actor Saravanan, who made a controversial statement about sexually harassing women on buses, was eliminated from Tamil Bigg Boss 3 house. The elimination came at the end of Monday's episode after Sarvanan was called to the confession room by the Bigg Boss.

Trade analyst Ramesh Bala tweeted on Monday that the actor was ousted from the show as a result of his remarks, which were heavily criticised, including several celebrities. Taking to Twitter, he wrote, "Saravanan eliminated from Bigg Boss Tamil season 3 for saying he had inappropriately behaved with women in bus travel during his youth."

#BREAKING : #Saravanan eliminated from #BiggBossTamil3 for saying he has inappropriately behaved with women in Bus travel during his youth..

Last week, during a weekend special episode with host Kamal Hassan, Saravanan boasted about taking passengers bus during his college days with the sole purpose of groping female passengers.

It so happened that on Saturday's episode, Kamal spoke at length about difficulties being faced by people while travelling on a busy bus. "To travel on a busy bus is a big hassle. While there are people who are rushing to reach office on time, there are those who get in just to touch women inappropriately," he said.

Saravanan, a participant on the show, was quick to respond to this by raising his hand and quipping, "I have done it." Unexpectedly, when Kamal asked if he beat up the molesters, the Bigg Boss contestant made the big startling revelation that he used to grope women on the bus, and justified it by saying, "It was long back when I was in college."

A Tamil channel aired a man proudly proclaiming he used the Public Bus Transport system to molest/grope women - to cheers from the audience.

And this is a joke. To the audience. To the women clapping. To the molester.

Surprisingly, Saravanan's shocking confession was met with a loud cheer from the audience, which also included several women, seen clapping in his praise.

In the following week, Kamal Hassan and the production team were criticised for normalising the shocking comment and not condemning the molestation incident, despite it being a serious crime.