'Sye Raa Narasimha Reddy' released on October 2 and got a thumbs up from the audience as well as critics. The film stars superstar Chiranjeevi along with Sudeep, Vijay Sethupathi, Nayanthara, Tamannaah, Jagapati Babu and Niharika Konidela in lead roles. 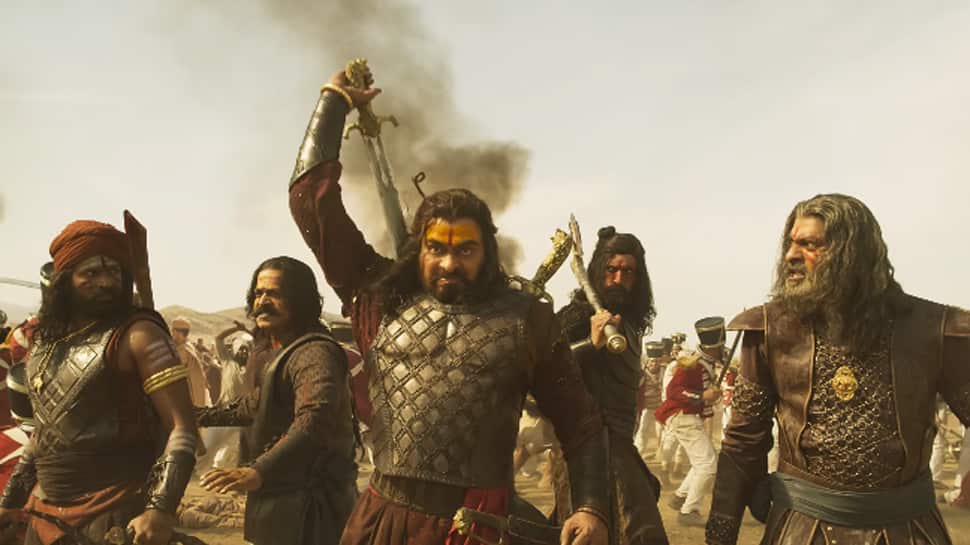 New Delhi: Telugu superstar Chiranjeevi starrer 'Sye Raa Narasimha Reddy' released yesterday—on October 2 and got a thumbs up from the audience as well as critics. It stars Megastar Amitabh Bachchan in a pivotal role along with Sudeep, Vijay Sethupathi, Nayanthara, Tamannaah, Jagapati Babu and Niharika Konidela in lead roles.

Chiranjeevi plays the role of a warrior king who is fierce on the battlefield. It is based on the life of freedom fighter Uyyalawada Narasimha Reddy from the Rayalaseema region of Andhra Pradesh.

Fans can't stop praising the film and it is expected to make huge profits. However, much to the makers' dismay, 'Sye Raa Narasimha Reddy' has reportedly been leaked.

As per a report in Indian Express, the film has been leaked on piracy website Tamilrockers.

Originally made in Telugu, 'Sye Raa Narasimha Reddy' has been dubbed in Hindi, Kannada, Malayalam and Tamil languages as well.

This is not the first time that Tamilrockers has hampered a film's release. Many films like 'Saaho', 'Bharat', '2.0', 'Thugs Of Hindostan', 'Gully Boy' amongst several were also leaked by the website earlier.