This is the first collaboration of the actor with director VI Anand and this is going to be a really crazy project. 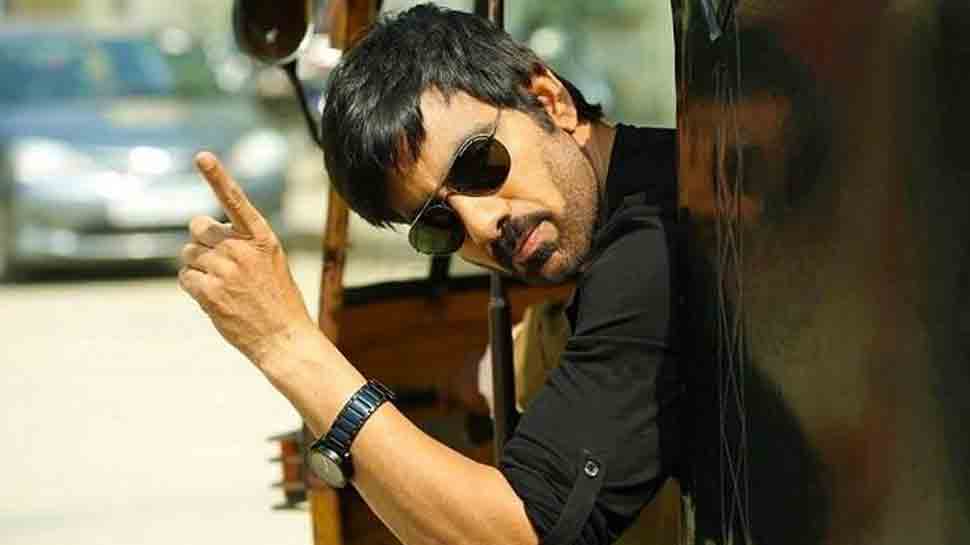 Well, our guess and the hunch we had were right. Ravi Teja’s upcoming film is titled 'Disco Raja' and the makers have unveiled the title and logo of the film on the occasion of country's 70th Republic Day. The day also is special as it is lead actor Teja's birthday today.

This is the first collaboration of the actor with director VI Anand and this is going to be a really crazy project.

Ram Talluri is bankrolling this prestigious project under the SRT Entertainments banner.

There were many reports that the title would be 'Disco Raja' and that the actor will be donning a retro avatar.

So now, as our expectations on the title have come out to be true, we are pretty sure that our news about the retro avatar will also be true.

Wishing the actor on his special day, film producer Ram Talluri said, "First of all, on behalf of SRT Entertainments banner, we wish Mass Maharaj Ravi Teja a happy birthday. We are very excited to work with Ravi Teja once again."

Speaking about the film, he said, "SRT Entertainments always stands tall in bringing new age stories to entertain Telugu audience. Director VI Anand narrated an exceptional story, and we have decided to kick start this project as soon as possible. This is a movie with different and interesting concept and we will produce this movie without compromising on budget issues."

"We are planning to shoot the movie in Hyderabad, Goa, Chennai, Ladakh, Manali, North India and some places in Southern India. We have finalised DiscoRaja title to this project. Top technicians in the industry along with VI Anand will work for this crazy project. Thaman SS will compose the music, Sai Sriram will be the Cinematographer. Abduri Ravi is penning the dialogues for this movie," he added.

"Three heroines will be romancing with Raviteja and Bobby Sinha will play the antagonist in the film. Vennela Kishore, Sathya, and other actors will feature in the project.  Now we are under pre-production works and we are going to start the first shoot schedule very soon," Talluri said.