Game Over trailer: Get ready for a gripping thriller

After piquing the curiosity of audience with the 'Game Over' teaser released a few days ago, lead actor Taapsee Pannu has finally dropped the trailer of the film. 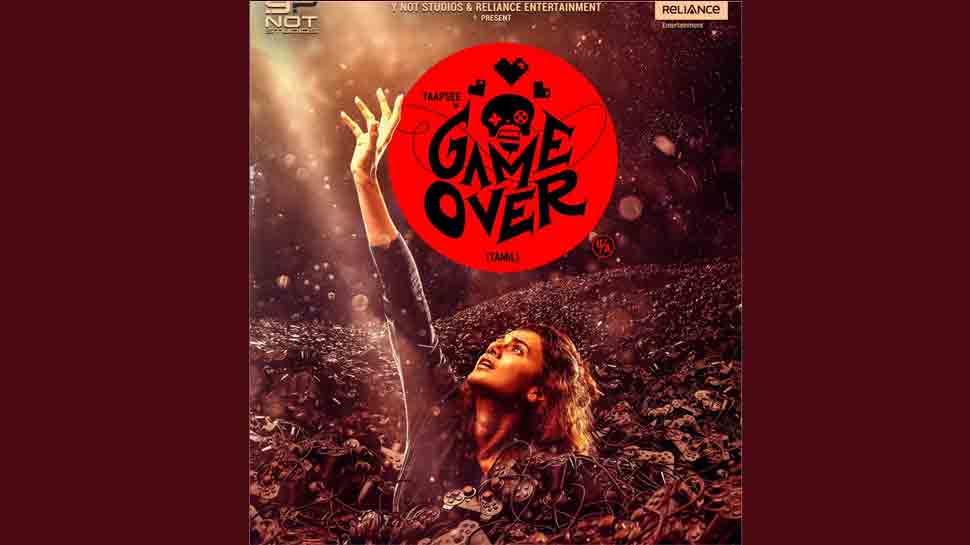 New Delhi: After piquing the curiosity of audience with the 'Game Over' teaser released a few days ago, lead actor Taapsee Pannu has finally dropped the trailer of the film.

The trailer, shared by the 'Pink' actor on Twitter, is highly intriguing and will surely keep you on the edge of your seat.

It shows the 'Naam Shabana' actor reeling under immense fear and anxiety as someone appears to be after her to cause harm. The storyline certainly has a connection with video games as the very name of the film is the message a player gets when all their lives in a video game are exhausted - Game Over.

The mystery starts unfolding when Taapsee goes to a storeroom to get a hairdryer. The moment she opens the door, she shuts it back giving an impression that she spotted a spirit or a human. On coming back, she is immensely petrified.

A man who seems to be a doctor can be seen explaining Taapsee about 'anniversary reaction'. He says, "Those incidences that affect us physically or mentally get entrenched in our minds. Whenever that day and time draws nearer and nearer every year, our body and mind begin to react to it, without our knowledge. Everyone goes through it at least once in their lifetime."

In many scenes, she is seen in bandages, however, no antagonist is seen.

"I can't stay in a dark room for more than two seconds. It has been months that I have slept peacefully and whenever I close my eyes it feels as if somebody is touching me," she says in the trailer.

Making the situation even scarier, news breaks out on TV that cases of young women being beheaded and their bodies burnt have surfaced in some areas of Gurgaon which has struck fear among public.

In another scene, she can be seen struggling to set herself free as both her hands are tied at her back and the head is covered in plastic. The next scene finds her on a wheelchair.

The last scene features someone standing near Taapsee as she lies on the floor with a bloodstained knife.

'Game Over' will be released in Hindi, Tamil, and Telugu. While Ashwin Saravanan is the director, S. Sashikanth will produce the film. Earlier, filmmaker Anurag Kashyap had announced that he has joined hands with Reliance Entertainment and Y Not studios to present the Hindi version of the movie.

The film is slated to hit the theatres on June 14 this year.

The 'Pink' star recently wrapped up shooting of 'Saand Ki Aankh' where she will be seen sharing screen space with Bhumi Pednekar. She will also be seen in the multi-starrer 'Mission Mangal.