With this film, Nandita Shwetha is part of a thriller yet again and she thanked producer Ramesh Varma for roping her this film. 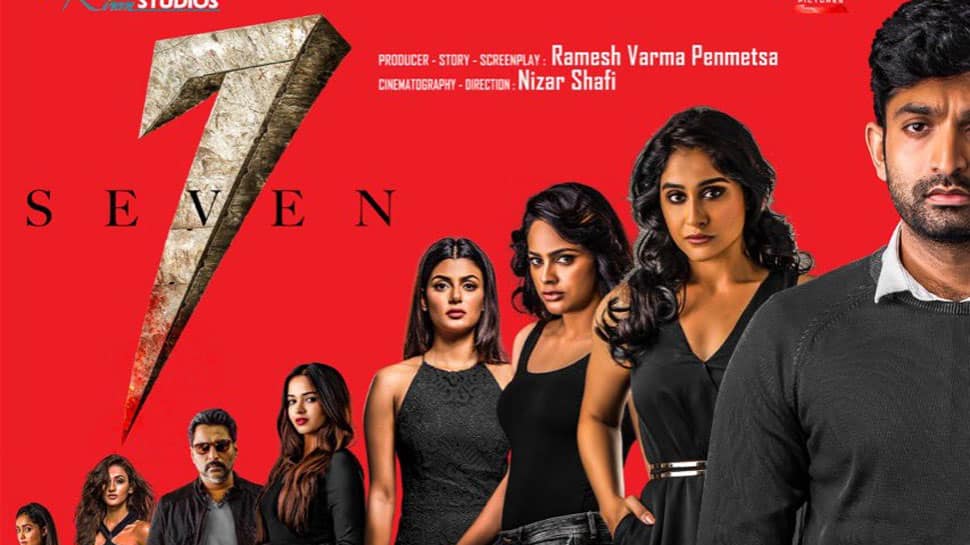 Seven, a mystery thriller is releasing worldwide on June 6 and it stars Havish, Regina Cassandra, Tridha Chowdhary, Poojitha Ponnada, Nandita Shwetha and others in lead roles. Ahead of the release of the film, the actors spoke to the media and have shared their happiness on being part of the film.

Producer Abhishek Nama bought the right of the theatrical release of the film and he looks pretty confident on bagging a hit with this film. He said that he feels the story of Seven is a universal one and that everyone will love the script.

Tridha Chowdhary, one of the six heroines of Seven said, “I am so happy to be part of the film. This is my third Telugu movie and the audience will get to see me in a different way with this film. I request the audience to go and watch our film in the theatres.”

With this film, Nandita Shwetha is part of a thriller yet again and she thanked producer Ramesh Varma for roping her this film. “I am meeting the media regularly nowadays with the film releasing on a back to back basis. Seven is a good film and it will definitely entertain the audience. Working with Havish and such a beautiful team is amazing,” she said.

This film also has senior actor Rahman in a key role and it is said to have all the commercial elements a film has to have, besides the intriguing aspects. Havish, the hero of the film said he is looking forward to listening to positive feedback from the audience.