I hope to bag a hit with Chitralahari: Sai Dharam Tej

Chitralahari marks the second film of Kalyani, who made her Telugu debut with Hello, an Akhil starrer. 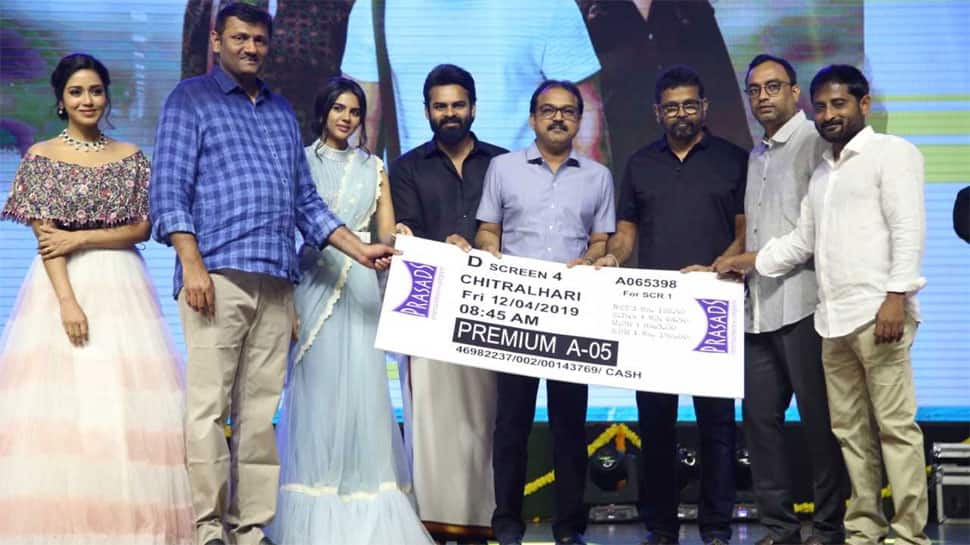 Chitralahari is releasing on April 12 and the team is seen pretty confident and excited about the venture. At the pre-release event which was held recently, lead actors Sai Dharam Tej, Nivetha Pethuraj, Sunil and Kalyani Priyadarshan besides director Kishore Tirumala were all present under one roof.

Producers Mohan Cherukuri, Ravi Shankar Yelamanchili and Naveen also came for the event. Made under Mythri Movie Makers, which is one of the leading production houses in the Telugu film industry, the film is high on the buzz word.

Actor Sai Dharam Tej, after six back-to-back flops, has a lot of expectations from this film. At the event, he said, “I feel lucky to have been working in a production house like Mythri Movie Makers. Three of the producers are really good to work with. Kishore Tirumala has directed the film really well and I hope I will bag a hit with this film. It feels happy to share screen space with Sunil, Nivetha and Kalyani.”

Kishore Tirumala has directed films like Nenu Sailaja and Unnadi Okate Zindagi. He said, “I always had Sai Dharam Tej on mind when I was penning down the script. I thought this story would be perfect for him. He was up to the mark and the audience will see a lot of a change in him. His character has given him a lot of scope to perform.”

Chitralahari marks the second film of Kalyani, who made her Telugu debut with Hello, an Akhil starrer. It is the same with Nivetha Pethuraj too. She debuted with Mental Madhilo and now in Chitralahari.