Jersey is the most beautiful film of my career: Tollywood actor Nani

The actor also said that this film has given him the utmost satisfaction as an actor. 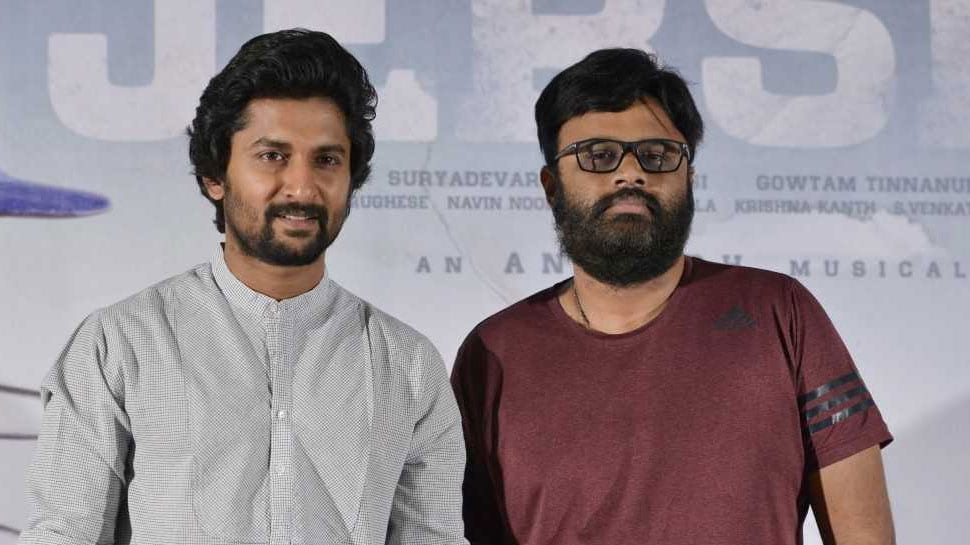 The trailer of Tollywood actor Nani's upcoming film Jersey will be released on April 12 at 9 am and the actor himself announced the news at a press meet which was held recently. The actor, along with producer Surya Devara Naga Vamsi was present at the meet and greet, where he announced that the film will release on April 19. Having Shraddha Srinath as the female lead, the flick is directed by Gautham Thinnanuri.

Vamsi, the producer said, “The film’s trailer will be released at 9 am on April 12. We have planned a grand pre-release event for the film on April 15. People have been asking me if the release has been postponed but we are going to hit the screens as scheduled on April 19. We are happy with the way the film has shaped up and we are excited to be giving something new to the Telugu audiences.”

Nani will be seen playing a 36 year old cricketer who is still in search of doing something big in his life. How he overcomes all the obstacles and how he manages to reach up to his goals forms the crux of the story.

He said shared, “We will be meeting every day for the next 10 days because the film’s promotions have kick started. The entire team has been busy with the post production process and we have finally become free now and will now spend all our time in the publicity for the film. Jersey is the most beautiful, heart touching and magical film of my career. I lost no weight for the film but in the process of playing and filming cricket, I did! I didn’t even realise. When I watched the film, I forgot myself. I’ve watched in 20 times. And I think everyone who sees the film will forget Nani and will see the character Arjun.”

The actor also said that this film has given him the utmost satisfaction as an actor. Everyone is assuming the film is all about cricket but there’s a surprise waiting out there. This is a highly emotional film.

He added, “Every film I do, I would be of the understanding that it will end but this time, the character Arjun became so close to me that on the last day it felt like I was sending off a close friend. Never in my career has the last day on the sets of the film felt so hard and made me feel heavy chested. The title Jersey isn’t just about the shirt the cricketers wear and there’s a great emotion behind it. You’ll all see it in the theatres soon! Producer Vamsi and I were classmates. He used to be in the main team of cricket and I used to be the extra."