Kadaram Kondan: Decent if not effective

The film could have been more exciting, although it does manages to entertain and engage as long as as long the action scenes unfold. 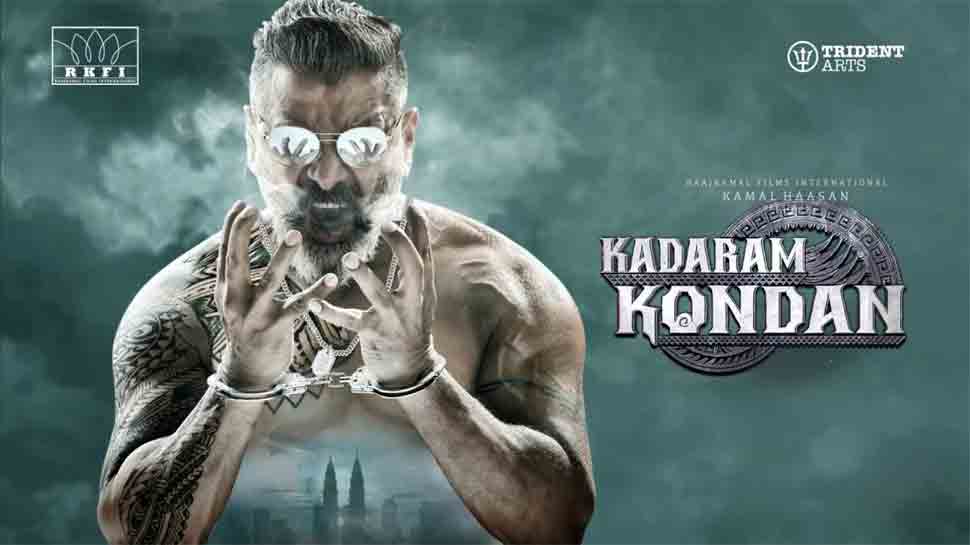 The Kamal Haasan-produced film is based on a French thriller named "Point Blank", and is not one of those run-of-the-mill, star-studded action films that are all style and no substance. It comes across as a decent attempt at giving the Tamil audience a Hollywood-style cracker of a film, with bang-for-your-bucks action and adequate twists.

If there`s one area of concern, it has to be the lackluster writing. The storytelling hardly makes an impact. Take out the action sequences, and we have a bland thriller with no redeeming moments.

In order to save his pregnant wife (Akshara Hassan) who has been taken hostage, a young nurse named Vasu (Abi Hassan) must hand over KK (Vikram), a man who has just been hospitalised and is under police supervision, to her kidnapper.

However, Vasu soon realises that if he wants to save his wife as well as his own life, he needs to join hands with KK and deal with a gang of corrupt cops who are after them.

"Kadaram Kondan" presents action in a unique fashion. The thriller is powered by chases and shootouts and not so much by fist-fights. Despite the presence of a star of Vikram`s stature, the film`s most pivotal character is Vasu, and the events that happen around him pave way for the action to find its way into the narrative.

Vikram`s character KK is shrouded in mystery till the end. One good thing about such a character is that we don`t get to see him break into a sudden duet in flashback, in the middle of a chase, since there is not even a hint of his love life. Still, KK is interesting to watch and it`s fun to follow him while the action lasts. He barely speaks and mostly communicates through his eyes when he teams up with Vasu.

The film could have been more exciting, although it does manages to entertain and engage as long as as long the action scenes unfold.

Vikram as the suave and brooding KK is impressive, but has very little to deliver as an actor. Debutant Abi Hassan is promising as Vasu. He shines playing a character that is scared and at the same time willing to do anything to save his wife.

Composer Ghibran deserves praise for accentuating the mood of the thriller with his terrific, and at times overpowering, background score.