'Kalki' commercial trailer to be screened with 'Maharshi'

The trailer of Rajsekhar's upcoming film Kalki will release on May 9 and it will be screened in the theatres with Mahesh Babu's 'Maharshi'. Presented by Shivani and Shivathmika and produced by C Kalyan, 'Kalki' is made under Happy Movies. 'AWE' fame Prasanth Varma is directing this investigative thriller. The promising flick has completed its shoot and is currently in the post-production phase. 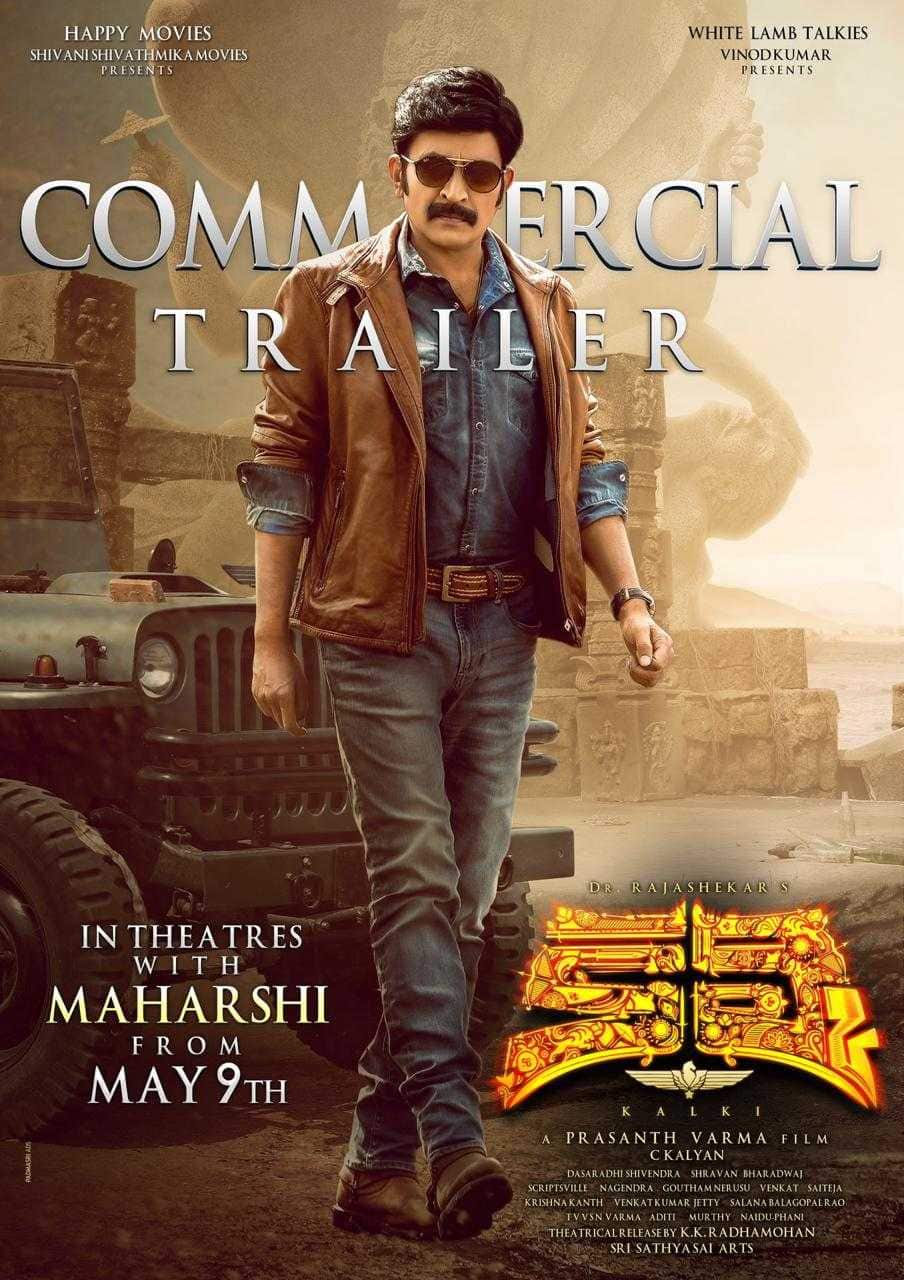 On making this announcement, director Prasanth Varma said, "Our film's first look, first look motion poster and teaser have received a superb response recently.  Besides being commercial, 'Kalki' will be a novel entertainer as the teaser has showed.  The commercial trailer will prove it once again.  We are happy to release it with 'Maharshi', which is releasing in highest number of theatres on Thursday.  We hope the audience will enjoy it with Mahesh Babu's movie.  Another trailer will be released ahead of the movie's release."

Rajsekhar is known as ‘Angry Young Man’, and always chooses film which thrills him as an actor. He left his doctor profession to follow his passion, which is acting. His recent flick PSV Garuda Vega was a blockbuster hit at the box office.