Shravan Raghavendra, who is popular for his negative roles, is playing the lead role in Edureetha 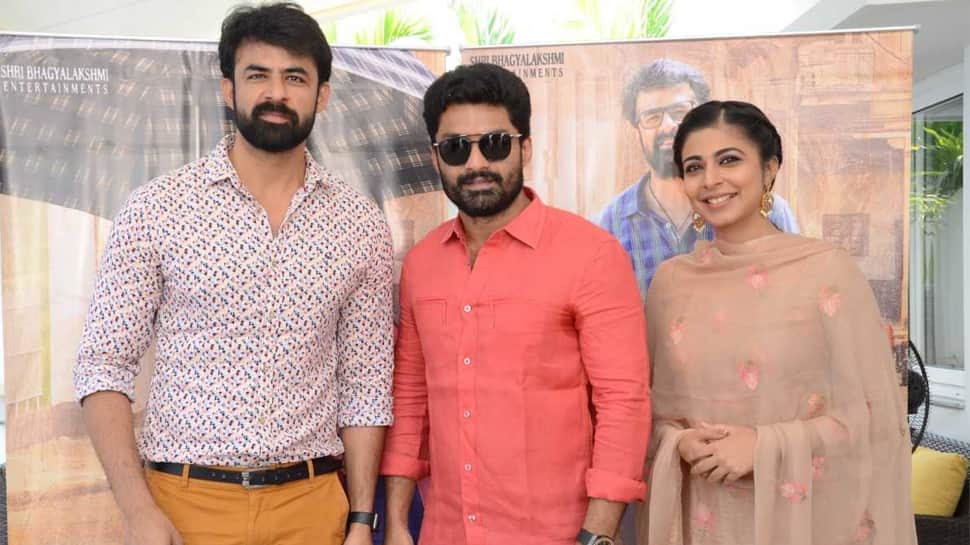 Actor Shravan Raghavendra, who is popular for his negative roles, is playing the lead role in Edureetha, a family entertainer. The teaser of this film unveiled on Thursday by actor Kalyan Ram and he has appreciated the teaser and wished good luck to the team. Kalyan congratulated Shravan for bagging a good and a meaty role.

The film is directed by Balamurugan. Malayalam actress Leona Lishoy has teamed up with Shravan for the family entertainer. A grand launch event was held at Prasad Labs, Banjara Hills.

Shravan shared that he is pretty happy to be playing the lead role in this film and also said that playing a father is such a good role that any actor would want to take it up. He said, "I thank Kalyan Ram for releasing the Teaser as soon as we requested him. I always believed that I am a very responsible father to my two sons.  But after this movie, I realized that a father doesn't become responsible just because he pays for his child’s education, but a true father has to involve himself in doing everything for his kids. Both mother and father have equal responsibilities in bringing up of the child and that’s what the film is all about.”

The shooting of the film is completed and post-production work is going at a brisk mode. The film is produced by Bogari Lakshmi Narayana and the team has announced that the film will release in the month of April.

Director Balamurugan said, "I hope everyone will like the teaser of the film. I thank my producer who didn’t let us compromise on quality and gave us everything that was needed to make the best product. Shravan has performed really well and gave his 100 per cent for the film."