Kannada actor Upendra is back with I love You

Actor Upendra is back with another romantic entertainer and it is titled I Love You. The pre-release and trailer release event of the film was held on a grand note and Kichha Sudeep the event as the chief guest. 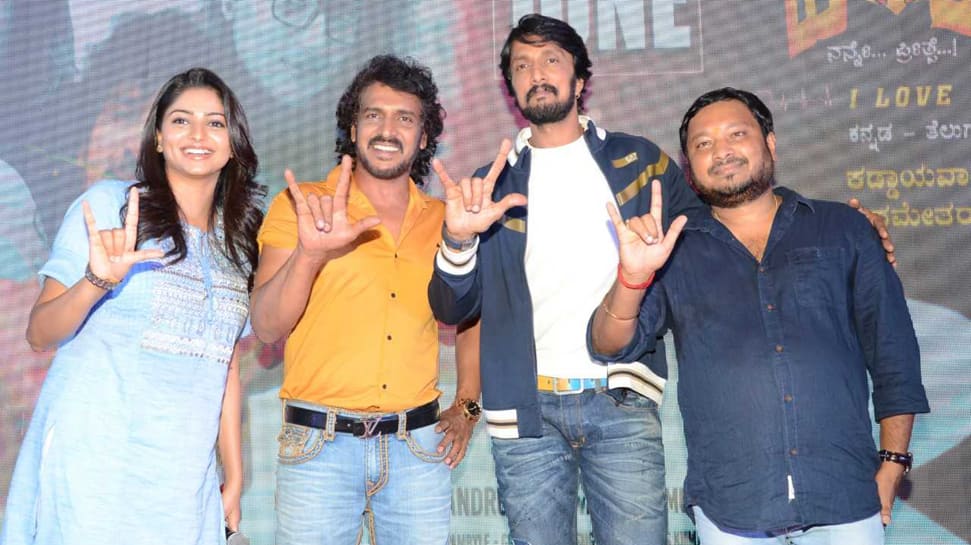 Actor Upendra is back with another romantic entertainer and it is titled I Love You. The pre-release and trailer release event of the film was held on a grand note and Kichha Sudeep the event as the chief guest.

The trailer of the film has garnered 10 million views and is trending on social media as well.  Touted to be Upendra's 'Star Is Back' kind of movie, this film will be released in 1000 screens on June 14. The makers described the movie as a pure family entertainer.

Speaking about the film, director R Chandru said, "He is a superstar who has taken Sandalwood's glory to all other film industries.  I am glad that Abhinaya Chakravarthy Sudeep sir, too, has attended the event on our request. Coming to 'I Love You', this has been made to be another 'Geethanjali'.  Upendra sir is fabulous in the role.  Heroine Rachita has done an erotic episode for the first time in her career.  When she heard the script, she knew that she needs to get bold because only then would the script be justified. We are soon going to hold an audio event for the Telugu version in Vizag on the beach side."

Upendra said, "I am very happy today.  I have known Sudeep for 25 years.  We have known each other since our struggling days.  And Sudeep has maintained the same fire within him from the beginning.  He is known for his excellent acting and everyone, regardless of the language, knows him.  He is known in Telugu, Hindi, etc.  Director R Chandru's rise has been amazing.  He dreams big.  I was thrilled when I listened to the script of 'I Love You'.

'Kichcha' Sudeep, who launched trailer and Upendra's introduction song in the movie, said, "The movie is looking very rich.  My best wishes to the entire team.  I am amazed by Upendra's dance in the intro song.  After watching it, I feel it has now become a prestige issue for me to compete with him all over again.  All said and done, I must say that Upendra's determination and hard work have always inspired many, including me."