Keerthy Suresh's next Telugu film to release during Dasara 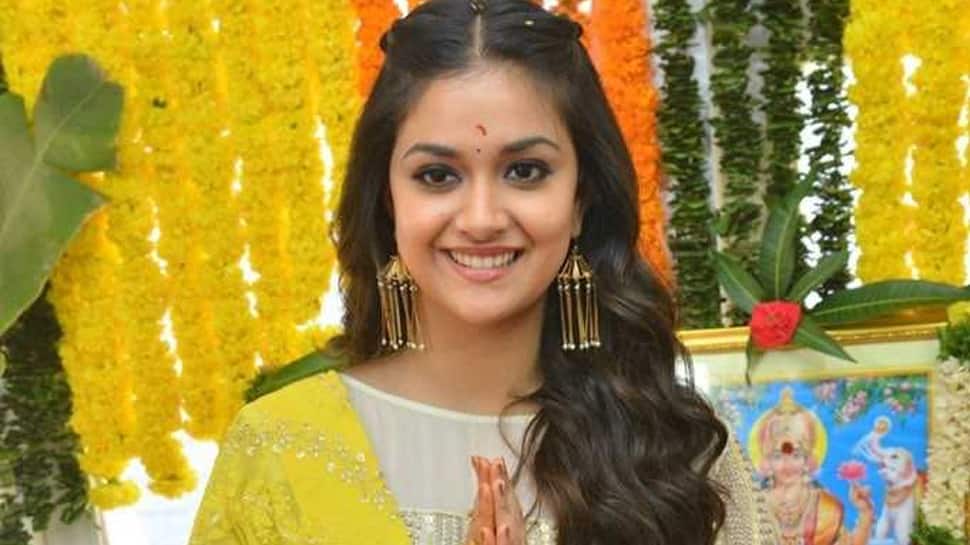 New Delhi: Popular southern actress Keerthy Suresh is leaving no stone unturned in giving her best for her upcoming film which is being directed by Narendra Nath. The film was launched a few months ago at Annapurna Studios on a grand scale. The film is currently in the works and is said to be a female-centric movie which will have a lot of family values and sentiments etched in its story. It is going to be an out and out family entertainer.

According to the media reports, a huge set has been established by the makers in Hyderabad with a budget of Rs 50 lakhs. Several scenes in between Keerthy Suresh, Rajendra Prasad, Nadiya, Kamal Kamaraju and Bhanushree Mehra will be shot on this set. After completing this extensive schedule, the film will head to abroad for further shooting. It is said that major part of the film will be shoot in foreign countries.

The film is produced by Mahesh S Koneru of East Coast Productions and has Dani Sanchez Lopez cranking the camera. The film is expected to be released during Dasara vacations.

Keerthy has gained a lot of popularity after playing late actor Savithri in her biopic Mahanati which released last year. Her reputation as an actress has improved tremenduously after this film went on winning many awards.

She was later seen in Sarkar and Pandem Kodi 2. With this yet to be titled film, she will once again be seen in a lady oriented script. As of now, this is the only project the actor is working for in Telugu film industry.

Allu Arjun to team up with filmmaker Venu Sriram