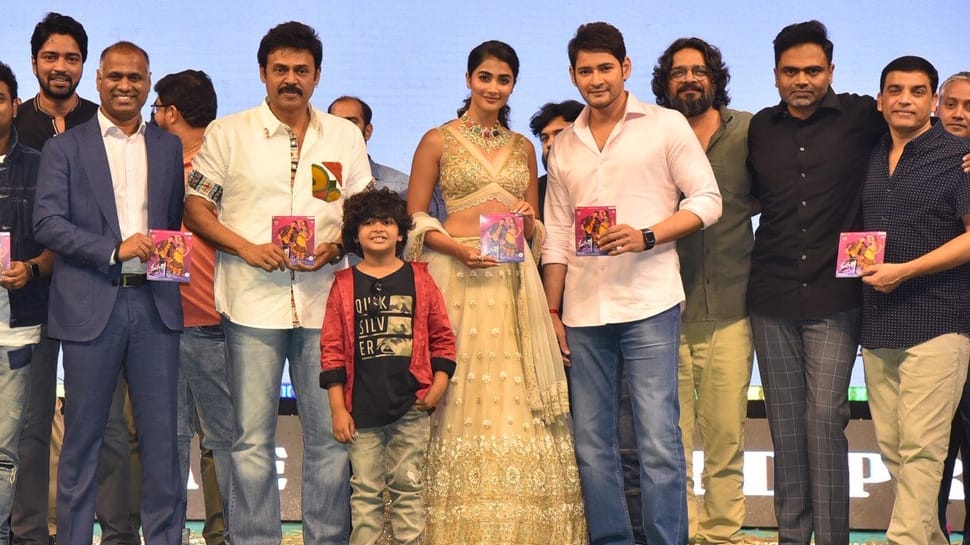 The pre-release event of Mahesh Babu’s upcoming film Maharshi was a star-studded event with actors like Vijay Deverakonda and Venkatesh Daggubati attending the event as chief guests. The film is releasing on May 9 and arrangements are going on at a brisk mode.

Namrata Shirodkar, wife of Mahesh feels thankful to the chief guests for making time from their busy schedules to be part of this grand event. In an Instagram post, she thanked Daggubati Venkatesh and Vijay Deverakonda for attending the Maharshi pre-release event as chief guests. She also thanked all the audience who were present at the event. After all, they were waiting to see their favourite actor on the screen and it is happening after a year.

Namrata shared a photograph of Mahesh with Vijay Deverakonda and wrote, “Personally wanted to thank you Vijay for attending the function of Maharshi and making it a grand success’’, she thanked the Arjun Reddy star.” (sic) In another post, she thanked Venky Mama for accepting the request of coming to the event. She posted Venky and Mahesh’s photograph from the event and captioned it as, “Above all would like to thank Venkatesh garu for gracing our landmark film of Mahesh SSMB25 and delivering one of the finest speeches of his time it really meant a lot to us all”, she thanked ‘F2: Fun and Frustration’ star.” (sic)

The film has Pooja Hegde as the leading lady and Allari Naresh in a key role.