The film hit screens on Friday and opened to a mixed response. 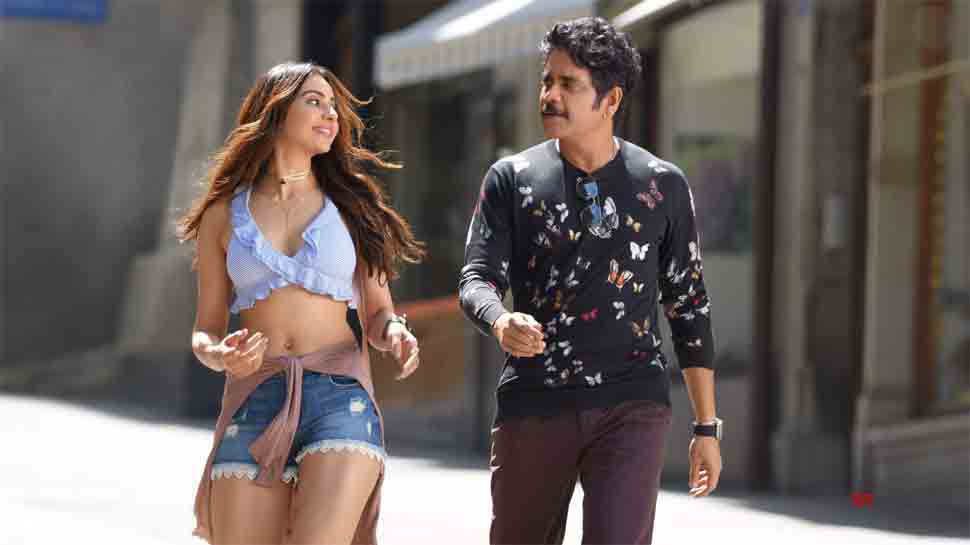 New Delhi: A few weeks back, singer Chinmayi Sripaada had publicly called out 'Kabir Singh' director Sandeep Reddy Vanga for his distasteful remarks on the film. However, she was trolled for having a double standard as she praised her husband Rahul's film 'Manmadhudu 2' trailer that showed actress Rakul Preet smoking.

While the trailer was lauded by a number of people, the netizens were quick to point out why Chinmayi did not condemn Rakul's smoking scene in the film and wondered if it was because her husband Rahul Ravindran wrote the screenplay for the film.

The film hit screens on Friday and opened to a mixed response. Meanwhile, a liplock scene featuring Rakul and Jhansi in the film has also raised few eyebrows. In the scene, Rakul is seen grabbing Jhansi much to her shock and planting a kiss on her lips, in much surprise to her. The netizens have blasted the filmmaker for promoting such an insensitive scene where one person kisses another without her consent.

Chinmayi Sripaada is being trolled and questioned about where is her feminism. One of the Twitter users, who tagged Chinmayi and Samantha both, wrote, "What A Feminism mam @Chinmayi @Samanthaprabhu2 You are not deeply disturbed right?? #Manmadhudu2." Check out the tweets below.

@chinmayi how can you justify?@23_rahulr

Speaking of the film, the romantic-comdey is produced by produced by Nagarjuna Akkineni, P Kiran under Annapurna Studios, Anandi Art Creations, Viacom18 Motion Pictures banners and directed by Rahul Ravindran. The film is an official remake of a French movie 'I Do' (2006) of 'Alain Chabat'.

'Manmadhudu 2': Nagarjuna's new avatar is as naughty as it gets