Mersal movie review: Vijay starrer gets a huge thumbs up from audience 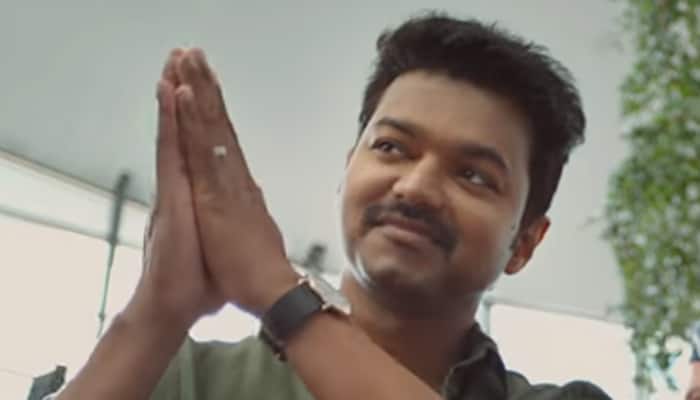 New Delhi: Superstar Vijay-starrer Tamil film Mersal has finally hit the theatres and his fans are going gaga over the same. In the Atlee directorial, the 43-year-old actor can be seen in the roles of a village head, a doctor, and a magician.

Kajal Aggarwal, Samantha Ruth Prabhu and Nithya Menen have played prominent roles in the flick. SJ Suryah is seen as the antagonist in the Mersal, which has music by AR Rahman.

The movie marks the second time collaboration of Atlee and Vijay after last year's Tamil blockbuster Theri. So, has the duo continued their magic at the Box office? Here's what audience has to say:

@Atlee_dir Really impressed with #Mersal .Will surely watch it again. As usual, all Atlee films are high on content, emotion & love. ThankU!

#mersal is a slap to the critics who points #vijay as just an entertainer.

His acting is just mindblowing especially in emotional scenes.

The film has been produced by Sri Thenandal Films. You will be amazed to know that the teaser of Mersal clocked over 10 million views in just 24 hours. It is believed that Vijay's portion as a magician is astonishing.