Kajal Aggarwal and Teja, at the pre-release event praised Sreenivas for his performance in the film. 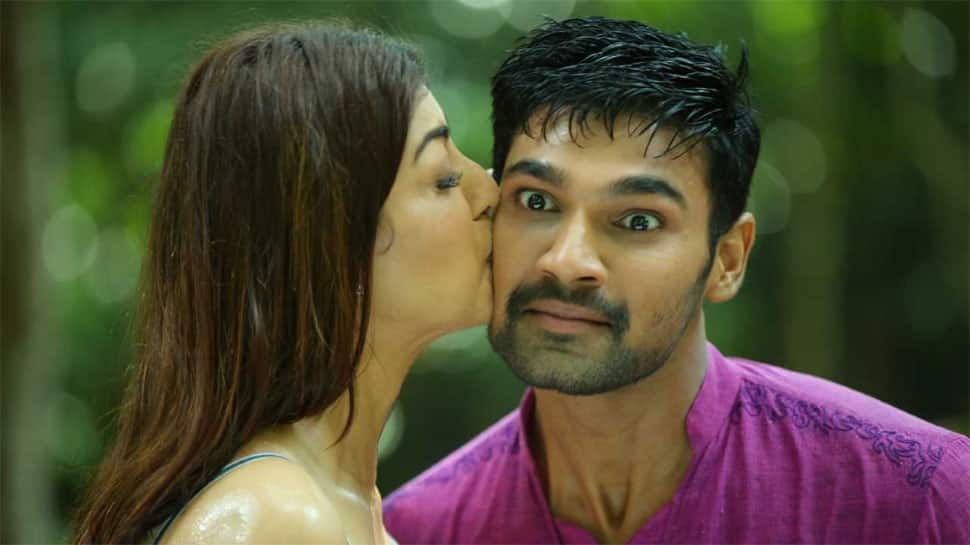 Actor Bellamkonda Sai Sreenivas is confident on bagging a hit with Sita, a Teja directorial which is releasing on May 24. The film has Kajal Aggarwal in the title role and is produced by Ramabrahmam Sunkara and Anil Sunkara. As a part of the promotions, the actor spoke to the media on Wednesday and here is what he said.

Working director Teja is something is every actor’s dream.

At a very early stage of his career, Bellamkonda lad has bagged this chance. Asked about the working experience and whether it was useful, he said, “Working with him is definitely an amazing experience. He taught me that to act, one has to believe that the character that we are playing is none other than us. To play Ragu Ram, the role I play in Sita, he said that I have to become Raghu Ram and only then I can perform well. It is such a small point, but made a huge difference in working style. I started implementing the same rule for Rakshasan too and the results are amazing.”

Initially, the director has narrated two scripts to Sreenivas. While he liked the first one, which is of Sita, his father Suresh liked the second one, which is a pucca commercial one.  Asked what was that great in Sita, the actor said, “My role in Sita offered me a chance to show my acting skills. It was different from the commercial hero oriented stories we listen. I wanted to do a character-based role and finally when I got a chance to do it, why should I say no.”

Kajal Aggarwal and Teja, at the pre-release event, have been praising Sreenivas for his performance in the film and when asked what is so challenging, he said, “The role I have played has too many modulations. I haven’t done anything like that before and all were serious roles. In this role, I showed innocence, comedy, anger and a lot. So it was challenging.”