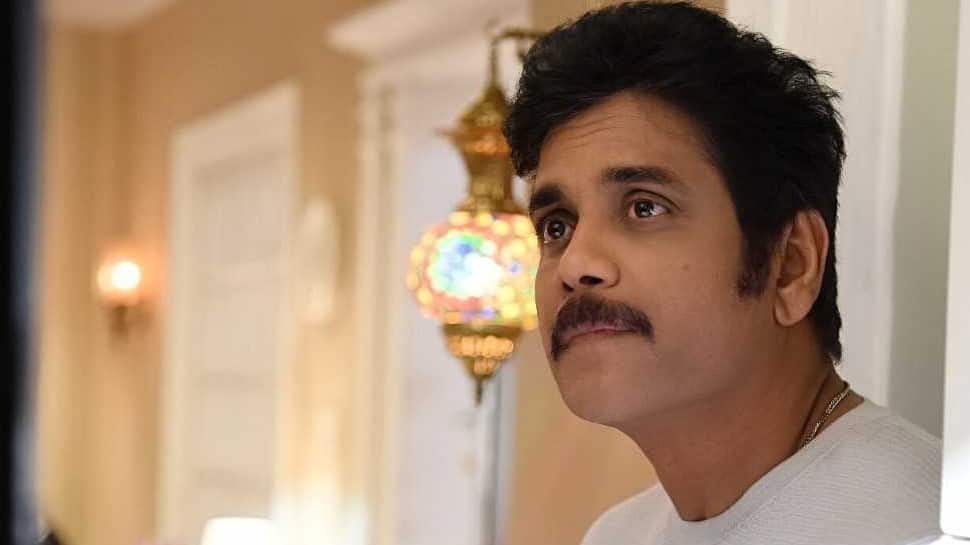 The teaser of Manmadhudu 2 was unveiled on Thursday and it gives us a glimpse of how crazy the film is going to be. Starring Akkineni Nagarjuna and Rakul Preet Singh in lead roles, the 75-second clip is a blend of humour, romance and laughter.

The teaser begins with Nagarjuna being forced by his sister and mother to get married, while his friends and others make fun of him on about what is the point of getting married now, when he is going to turn a senior citizen soon.

Senior actor Lakshmi plays Nagarjuna’s mother provokes laughter in the teaser. However, during the latter part of the teaser, it is revealed that this innocent old man is wearing a mask and is hiding his original character behind the mask.

We get to see the romantic side of Nagarjuna and he displays his trademark antics with a couple of beauties. The 59-year-old actor looks stylish in this film and looks like he is ageing in reverse mode.

Directed by Rahul Ravindran, the film has Keerthy Suresh and Samantha Akkineni playing extended cameos. The film also has Vennela Kishore, Devadarshini, Jhansi, Rao Ramesh and others in key roles. Hitting the screens on August 9, the teaser of the film has raised the expectations.

Manmadhudu 2 marks the sequel of Manmadhudu, which released more than a decade ago.

Mohan Babu makes a comeback to Kollywood after 40 years