Nerkonda Paarvai is the Tamil remake of 2016 super-hit film 'Pink'. It has Vidya Balan playing a cameo while superstar Ajith Kumar plays the role of a lawyer. The song Agalaathey has now been unveiled. 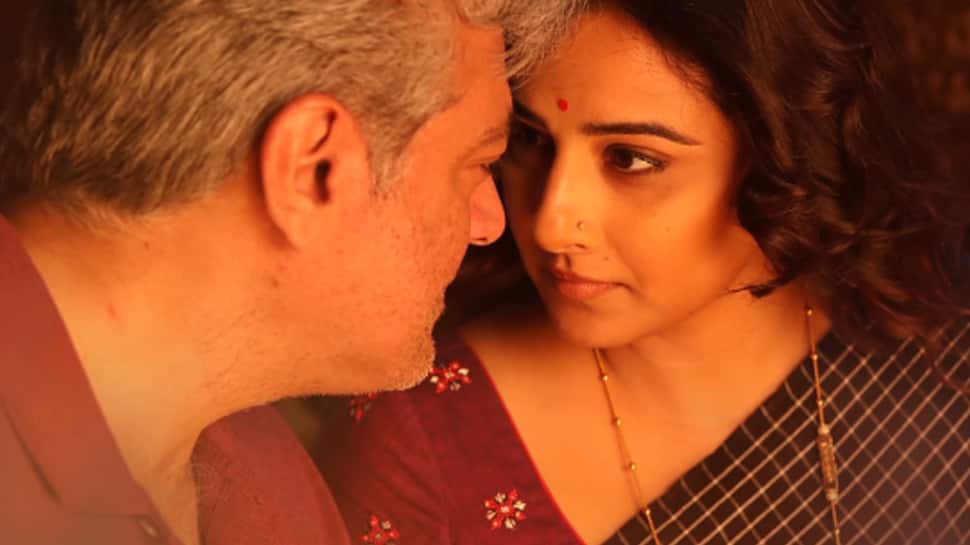 New Delhi: Ever since the Tamil remake of 2016 super-hit film 'Pink' was announced, fans have been eagerly awaiting its release. The remake has Vidya Balan playing a cameo while superstar Ajith Kumar plays the role of a lawyer. Titled as 'Nerkonda Paarvai', the film has been produced by Boney Kapoor.

A romantic track from the film titled Agalaathey has now been unveiled and is currently trending on micro-blogging site Twitter.

Coming to the 2016 social drama 'Pink', the film was lauded for its hard-hitting narrative, author-backed roles and impeccable performances of the lead actors. It had Amitabh Bachchan playing the role of a lawyer who comes to the aid of three girls (played by Taapsee Pannu, Kirti Kulhari, Andrea Tariang) being falsely implicated in a crime.

The movie was written by Ritesh Shah. It was produced by Rashmi Sharma Telefilms, Sheel Kumar and Shoojit Sircar.

The Tamil remake of 'Pink' is directed by H Vinoth. Its trailer dropped last month and created ripples on social media.