On Yash's birthday, here's a special treat for all 'KGF' fans 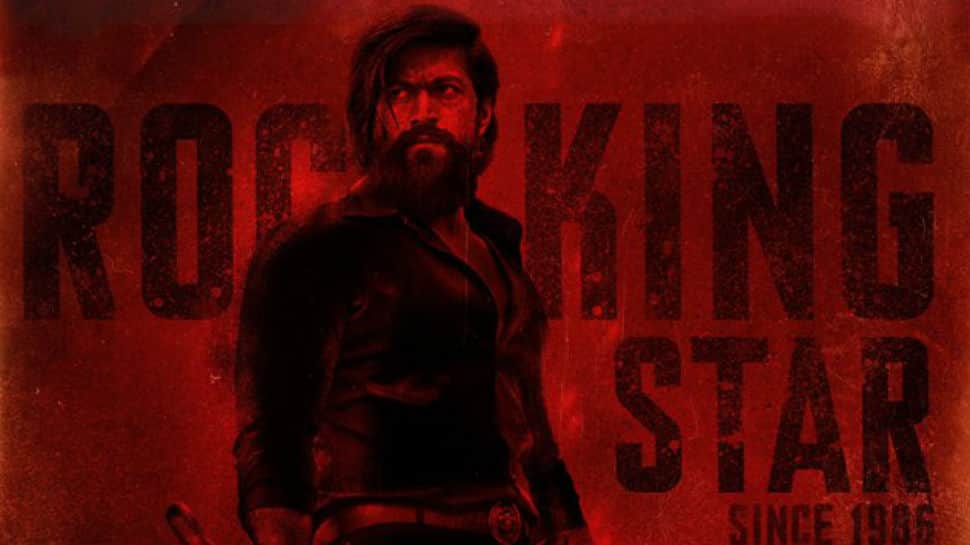 New Delhi: As Kannada superstar Yash turned 34 on Wednesday (January 8), the makers of his blockbuster film 'KGF' treated all his fans to a special surprise. Any guesses? You have scored a perfect 10 if you guessed if it is related to 'KGF: Chapter 2'.

As the clock struck 12, 'KGF' director Prashanth Neel took to Twitter to share a new poster from the sequel, featuring Yash, and wrote, "Wishing our Rocky -Yash - a very Happy Birthday. #RockyBecomesABrand. All of you have a great and safe birthday celebrations with our Rocking Star Yash. #KGFChapter2 #HappyBirthdayYash."

The poster has Yash standing with a hammer in his hand. He sports a serious expression and looks like he is hell-bent on revenge. "Rocking star since 1986," reads the text on the poster.

Take a look at the poster here:

All of you have a great and safe birthday celebrations with our Rocking Star Yash⭐#KGFChapter2 #HappyBirthdayYash pic.twitter.com/C8ufkcJfKu

The first look of Yash from 'KGF: Chapter 2' was revealed in December. Here is the poster:

Meanwhile, on Yash's birthday, his wife Radhika Pandit and daughter Ayra 'hacked' his Twitter account 'with love' and shared a video of them preparing a cake for the superstar. (You won't be able to take your eyes off Arya.)

"SURPRISE!. We've taken over your account like we’ve taken over your life. Happy birthday to the one and only Rocking Star from your biggest fans! #hackedwithlove #ayradhika #rockinghabba2020," read the caption with which the video was posted from Yash's account.

'KGF: Chapter 1' is Yash's super successful film from 2018. He plays the protagonist in the film. 'KGF: Chapter 2' is scheduled to release in July 2020. The sequel will also star Sanjay Dutt.