Pooja Hegde took to Instagram and shared her first look as Sridevi in the upcoming Telugu film 'Valmiki'. 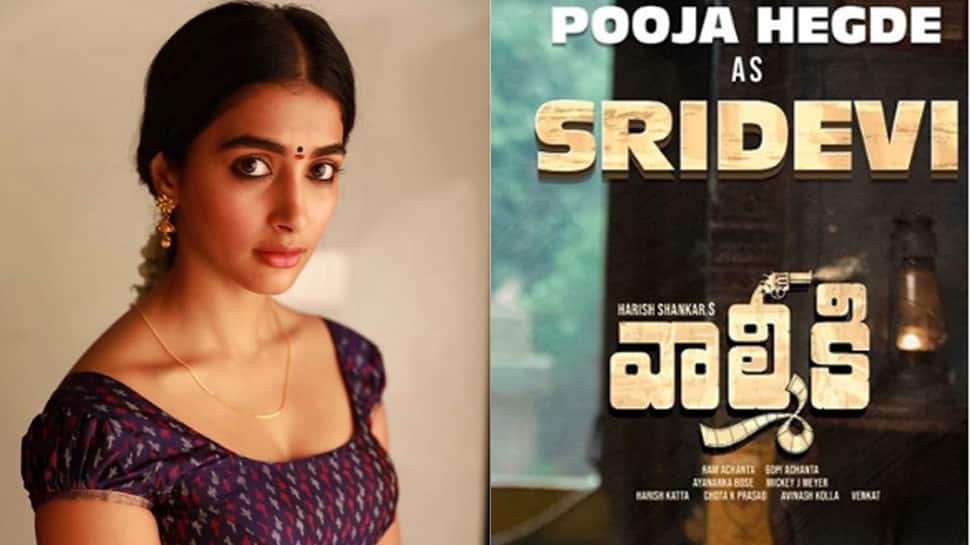 New Delhi: Actress Pooja Hegde, who was last seen in the super-hit film 'Maharshi' is ready to set the silver screens ablaze with her next film 'Valmiki'. The gorgeous star took to Instagram and unveiled her first look from the film as Sridevi. She described her role as “Innocent but feisty”.

Without wasting much time, check out Pooja's first look from the film here:

The caption is, “Innocent but feisty...SRIDEVI...3 days to go for Valmiki..... #valmiki #Sridevi #lovemyjob”

Not much has been divulged about Pooja's role and the details are being kept under wraps. The first look has gone viral and fans are quite excited about the film's release.

Produced on the 14 Reels Plus banner by Ram and Gopi Achanta, 'Valmiki' is an official Telugu remake of Tamil blockbuster 'Jigarthanda', which released in 2014.