'Anjali CBI' is a crime thriller and Nayanthara is playing the title role, as a CBI officer. 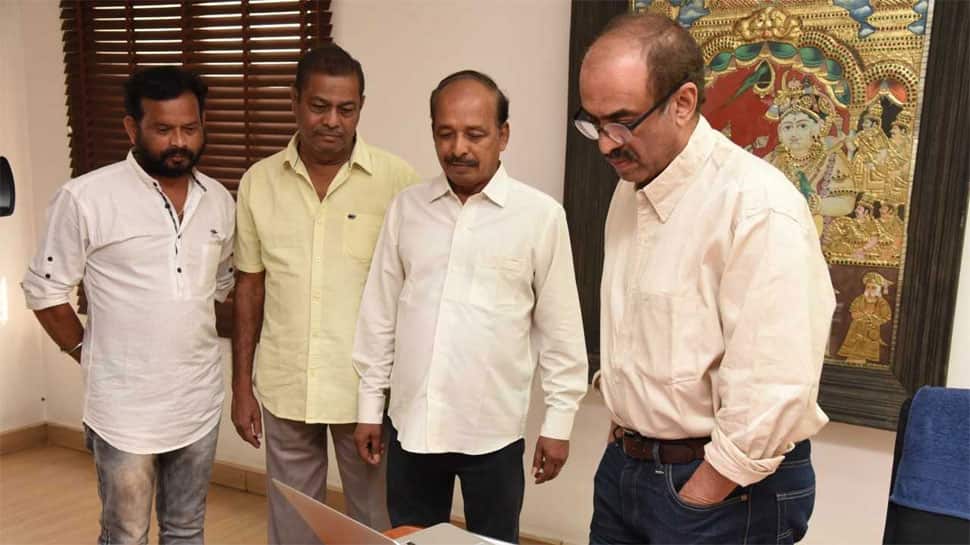 The stage is all set for the release of Tamil blockbuster Imaikka Nodigal’s Telugu dubbed version Anjali CBI. The film saw many collections at the box office in Tamil Nadu and that’s the reason the film is dubbed into Telugu. It starred actress Nayanthara in the lead role.

Nayanthara, for all her stunning performances in Telugu and Tamil films, is now called as Lady Superstar. She one of the most sought-after actresses in southern film industry and is all set to enthrall the audience once again.

'Anjali CBI' is a crime thriller and Nayanthara is playing the title role, as a CBI officer. Ajay Gnanamuthu has directed the movie.

The trailer of Anjali CBI has been launched by noted producer Suresh Babu. He was impressed by the trailer and wished the team of Anjali CBI all the best for its release.

The Tamil film was produced by CJ Jayakumar of Cameo Films banner and had music of Hiphop Tamizha and cinematography by RD Rajasekhar.

The Telugu rights have been acquired by Ch Rambabu and Achanta Gopinath of Viswashanthi Creations banner and they have confirmed the release date as February 22.

Music for the film is composed by Hiphop Tamizha.

Nayanthara will also be seen playing Siddhamma, wife of Narasimha Reddy in Sye Raa, which is a biopic on the freedom fighter. The film which has Chiranjeevi in the title role is being directed by Surender Reddy and produced by Ram Charan Tej under Konidela Production Company. It is also said that Nayan might pair up with Chiranjeevi once again for Koratala Siva directorial.