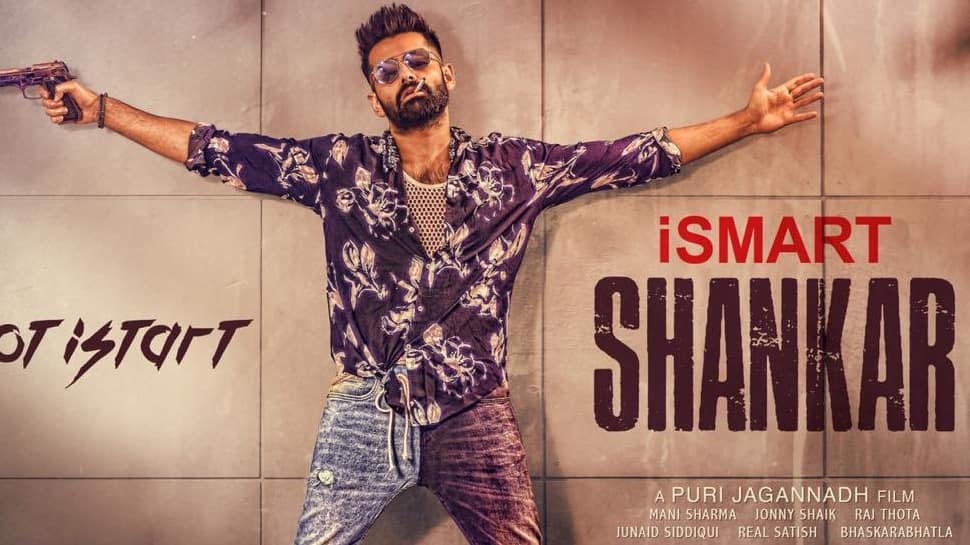 The film iSmart Shankar, which has Ram Pothineni, Nabha Natesh and Nidhhi Aggerwal in the lead roles was launched recently and the team is busy shooting for the first schedule in the outskirts of the city.  This film is still in making and director Puri Jagannadh, surprisingly, already registered a title of Double iSmart at the Film Chamber in Hyderabad on Monday. The director has taken this bold decision as he wants to make the sequel of iSmart Shankar. Charmme Kaur, who is one of the producers of the film, along with Puri have registered the title. It is said that Puri is pretty confident and excited about the narrative and output of the film.

iSmart Shankar will have Ram as a typical street smart Hyderabadi guy and he will be talking in Hyderabadi dialect only. From his hair style to his dressing, everything is going to indicate and match up to his character in the film. Well, Ram is known for playing such roles right from the beginning of his career. But in the recent times, in films like Nenu Sailaja, Unnadi Okate Zindagi and Hello Guru Premakosame, he has played some decent roles.

Director Puri Jagannadh is expecting the film to be a hit. His last hit film was Temper, in 2015 and last year, he directed Mehbooba, which marked the debut of his son Akash Puri. The director has high expectations on this film and has taken sometime to draft the final script and has convinced Ram to be part of this commercial entertainer.