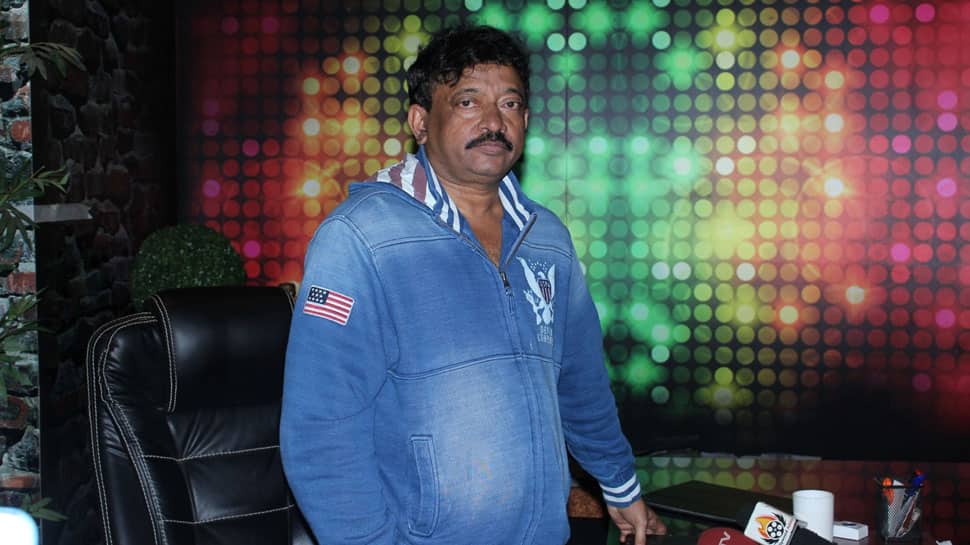 Hyderabad: Filmmaker Ram Gopal Varma on Thursday released the trailer of "Lakshmi's NTR", a film on the life of actor-turned-politician N.T. Rama Rao, which has triggered a controversy in Andhra Pradesh ahead of the elections.

The movie is about the former Chief Minister's second marriage to Lakshmi Parvathi, which divided the Telugu Desam Party (TDP) founder's family and ultimately led to his son-in-law N. Chandrababu Naidu taking over the reins of the party and the government in 1995.

"Here is the trailer of the most intense and dramatic love story ever. Wish you all a very happy Valentine's Day," tweeted Varma.

This over three-minute long trailer begins with the caption that the story is about the days following NTR's defeat in the 1989 elections.

The trailer deals with the dramatic entry of Lakshmi Parvathi, NTR's biographer, into his life, the opposition to the marriage in the legendary actor's family, his landslide victory in 1994 elections, the revolt by Chandrababu Naidu, the subsequent developments and finally NTR's death in 1996.

Varma also tweeted that the theatrical trailer will release on February 22. "Whoever comes to the theatre to see 'Mahanayakudu' can see the trailer of 'Lakshmi's NTR'."

"NTR Mahanaykudu" is the second part of the biopic produced by NTR's son and popular actor Balakrishna. Directed by Krish, the biopic features Balakrishna as NTR.

After Balakrishna announced the NTR biopic last year, Varma also declared that he will make a movie on the true story of NTR and Lakshmi Parvathi. He termed it the most dynamic love story ever. "'Lakshmi's NTR' is a love story mixed with ungrateful families, disloyal followers and backstabbing betrayers," he said

Varma's movie has angered Naidu and his TDP. TDP leaders raised objection to a song from the film released recently which appears to be targeting Naidu for "backstabbing".

TDP legislator S.V.S.N. Varma approached the Andhra Pradesh High Court, seeking directions to remove the song from all streaming platforms as it projects Naidu in bad light. Last month, the court served notices on the censor board and the producer.

With elections in Andhra Pradesh due in April-May, TDP leaders feel that the controversial movie could impact the party's prospects.