A VHS cassette with around 35 minutes of footage of the film was donated to NFAI by Deshpande`s nephew Dinesh Thakur and film historian Satish Jakatdar. 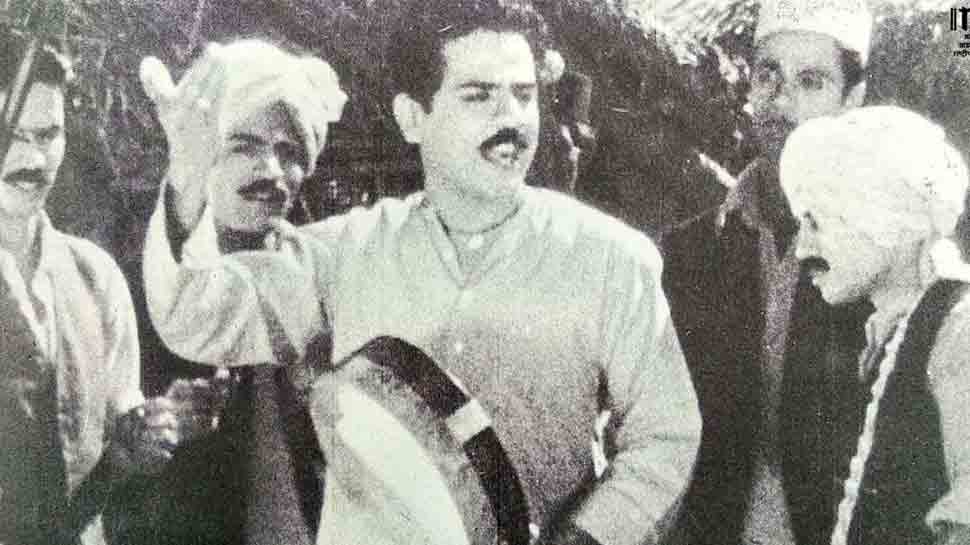 Pune: Rare footage of the iconic Marathi film "Vande Mataram" (1948) - featuring legendary writer and playwright P.L. Deshpande and his wife Sunita in lead roles - was handed over to the National Film Archives of India (NFAI), an official said here on Tuesday.

A VHS cassette with around 35 minutes of footage of the film was donated to NFAI by Deshpande's nephew Dinesh Thakur and film historian Satish Jakatdar.

Besides the footage cassette, there are two U-Matic tape that has about an hour of rare footage of Deshpande playing harmonium.

"We are delighted to receive the footage of a film that was considered lost. It is a happy coincidence that this footage has been discovered in the birth centenary year of both Deshpande and the film`s music composer Sudhir Phadke," said NFAI Director Prakash Magdum.

Deshpande was born in South Mumbai`s Girgaum in a chawl on November 8, 1919, while Phadke was in the princely state of Kolhapur on July 25, 1919.

Released a year after India`s Independence, "Vande Mataram" was directed by the renowned filmmaker Ram Gabale, who later assisted in the making of Sir Richard Attenborough`s Oscar-award winner "Gandhi" (1982).

Considered important from the historical viewpoint, "Vande Mataram" was based on the country`s freedom struggle, with script, dialogues and lyrics by the great writer Gajanan Digambar Madgulkar (born on October 1, 1919), in Sangli.

The film`s music composer was Phadke and the patriotic project was released post Independence with narratives woven with patriotism and humanist affections.

Incidentally, the screen test for the young lead pair - Deshpande and Sunita - was done in Pune while the film was shot in early-1948 at Shalini Studios, Kolhapur, by the cameraman Agashe, himself a freedom fighter.

This became the second film of the multi-faceted Deshpande, who debuted the previous year with a Marathi film, "Kuber" (1947), and later went onto become an acclaimed actor, writer, musician, composer, director, playwright and humorist.

The NFAI`s acquisition of the two U-Matic cassettes shows Deshpande in a harmonium rendition sometime in the 1980 during a private sitting in Mumbai.

A footage had Lalji Desai accompanying him on tabla, and he was part of the crew of `Varyavarchi Varat`, a very popular comedy play by Deshapnde, and the other footage has Tabla played by Jhavba.

Over the years, the stalwart trio bagged top several honours. Deshpande was conferred the Padma Bhushan, Madgulkar was awarded the Padma Shri and Phadke bagged the National Award.

The NFAI hopes to recover the remaining footage of "Vande Mataram" and has appealed to film lovers to come forward with such rare material which can be preserved for posterity.