The film is directed by Kishore Tirumala, who is popular for making films like Nenu Sailaja and Unnadi Okate Zindagi. 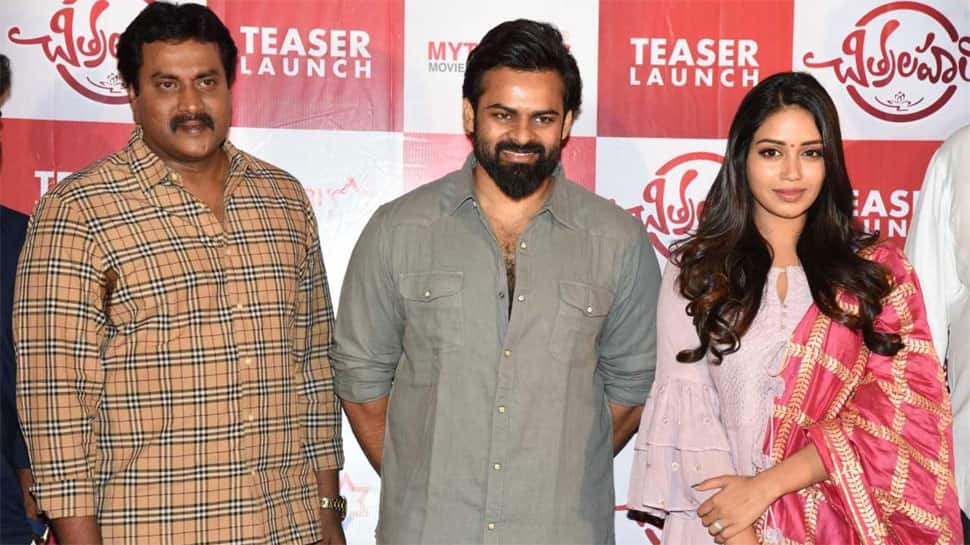 The much-awaited teaser of 'Chitralahari' has finally been unveiled and looks like it is going to be a fun ride with actors Sai Dharam Tej, Sunil, Nivetha Pethuraj and Kalyani Priyadarshan in lead roles. The teaser gives us a gist of how the film is going to be.

The teaser starts with the introduction of first, second, third and important characters of the film- Nivetha Pethuraj, Kalyani Priyadarshan, Sunil and lastly, Sai Dharam Tej as Vijay.

Nivetha plays a corporate employee and is introduced as someone who has a deep distrust in men while Kalyani’s character seems to be of a girl who believes in ‘slow and steady wins the race’.

Sunil’s introduction takes place with a scene at the liquor store and one can easily understand that he is playing a street smart guy. The most important character is called Vijay. Sai Dharam Tej is playing the role and he is seen sporting a beard. His character is shown as someone who is desperately waiting for a turning point in his life.

The film is directed by Kishore Tirumala, who is popular for making films like Nenu Sailaja and Unnadi Okate Zindagi. The film is produced by Mythri Movie Makers and music is composed by Devi Sri Prasad. The BGM in the teaser was amazing and we can actually see that DSP mark in the tunes he has composed.

In the teaser, we can also see Vennela Kishore, Brahmaji, Posani Krishna Murali and others. But nothing much is revealed about the characters. The humour too is subtle and to the point.