Samantha Akkineni has wrapped up the shoot of her upcoming film Oh Baby which is directed by Nandini Reddy. The film, which went on floors in December 2018 has been wrapped on Thursday. 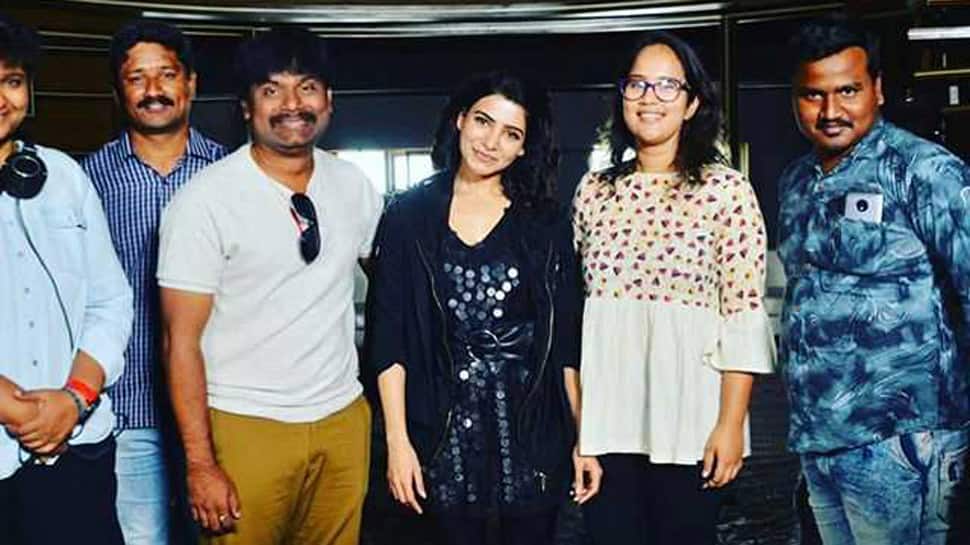 New Delhi: Samantha Akkineni has wrapped up the shoot of her upcoming film Oh Baby which is directed by Nandini Reddy. The film, which went on floors in December 2018 has been wrapped on Thursday.

Both Samantha and Nandini have shared the news about the film. They shared the photographs from the sets on their official Instagram handle and have expressed their excitement. Veteran actor Lakshmi, who is popular for her roles in Narasimha, Jeans, Murari and Chintakalaya Ravi, will essay a key role in this film.

In the photograph which Samantha and Nandini Reddy have shared, we can see Sam and Lakshmi dancing on a song in similar costumes- Pink and black polka dot shirt paired with black trousers. A glittery set in the background has a lot to say.

The post-production work of the film will begin soon and the film is expected to release later this year. It is also said that Naga Shaurya is playing a key role in this film, but there is no confirmation about it.

Oh Baby is an official remake of Korean comedy-drama Miss Granny. It is about a grandmother and her granddaughter. It is being speculated that Samantha will be playing both the roles in this film. The film is being produced by Suresh Productions and at a recent interview, producer Suresh Babu said that he is pretty happy to be producing this film.

Proud to be associated with Rajamouli: Danayya DVV