The film is remarkably restrained and yet profoundly moving. 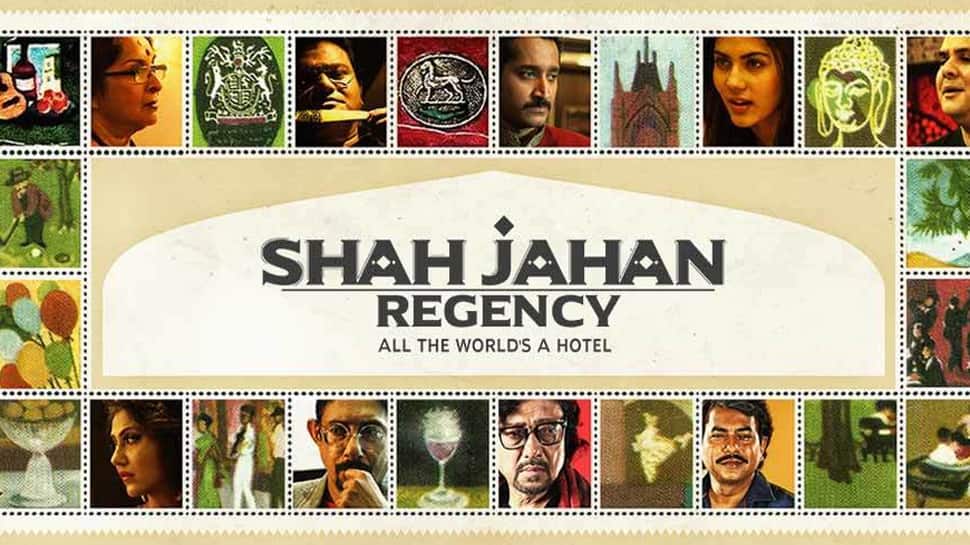 Without doubt, Srijit Mukerjee is the best contemporary living filmmaker in Bengal. The range of themes in his cinema and his actors' ability to rise above themselves in the material he provides, are staggering, to say the least.

Staggering, is an apt description of veteran Anjan Dutta's character in Shah Jahan Regency. Srijit's finest gentlest most moving work to date. Dutta owns the posh luxury where the drama of the damned and the doomed unfolds. His wanton wife who shows up in a hideously embarrassing sequence proposing a threatening divorce, has driven Dutta's character to drinking and sobbing in full view of the hotel staff.

Dutta does it without filters. Happily for us, the outflow of emotions as the film moves from room to room in search of the innermost secrets and longings of the characters, is achieved with minimalist drama and optimum emotional velocity. Except for one melodramatic suicide, this is a film that favours understatement and suggestion.

Rather than fling exaggerated versions of reality into the proceedings it tries to be reasonable and mild-tempered within the given dramatic structure of the original novel by Mani Shankar Mukherjee. But once in a while I could see the director Srijit straining to cram in way too much into the theme. The gay housekeeper nicknamed 'Nitty Gritty' for his fastidious nature, is too of a token presence in a film filled with hurting grieving silently screaming real people.

My favourite chunk in the narrative is the one featuring Swastika Mukherjee as a high-class escort at the hotel who falls in love with one of her posh client's son (Anirban Bhattacharya). Swastika blows the screen apart with her smouldering sorrow and reined-in ire. Her confrontation sequence with Arnab's elitist mom (Mamata Shankar, cast cogently against her image) shows two broken women trying to lay a claim to the same man's exclusive attention. This is a classic representation of feminine conceit laid bare in a manner that's at once incriminating and intimate.

The film builds a delectable parallel between Swastika's powerful prostitute's part and the medieval court dancer Amrapali. But the historical/mythological allusions do not smother the characters' natural instincts. Srijit Mukerjee doesn't bind his characters to a literary lamppost. Played by enormously accomplished actors, the narrative moves forward to an inevitably tragic conclusion.

The end-game featuring a generation-challenged romance between the film's protagonist hotel manager Sam (Abir Chatterjee) and a much younger airhostess Supreeta (Rittika Sen) is done with warmth amusement and a certain amount of exploratory curiosity.

The film is remarkably restrained and yet profoundly moving. Every character big or small, is thoughtfully delineated. The actors specially Abir Chatterjee, Parambrata Mukherjee and Swastika Mukherjee anchor the proceedings, ensure that the elegiac tenor never drops. The beautiful Rituparna Sengupta sits quietly in a corner of the hotel lobby playing an instrument akin to the sitar, but not quite the same.

Just like this accomplished and confident screen adaptation of a literary masterpiece.